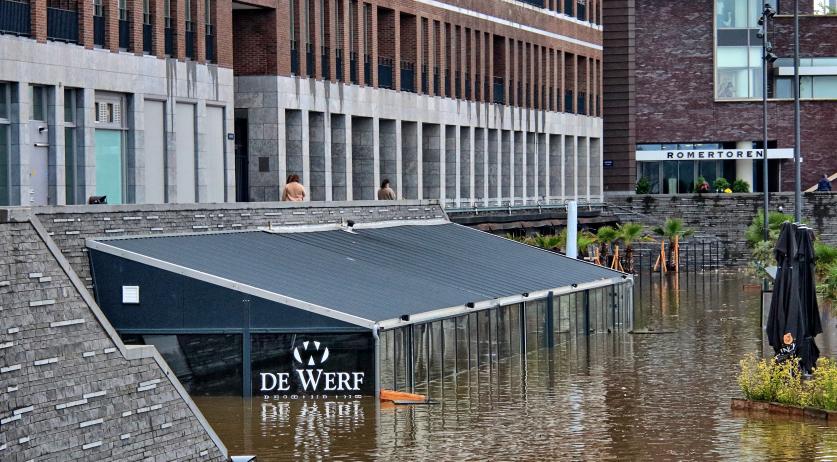 This story was updated.

Anyone remaining in four villages in the municipality of Meerssen, Limburg were told to immediately vacate the area and seek shelter elsewhere after floodwater burst through a dike on the Julinakanaal on Friday. The evacuation of buildings in the villages of Brommelen, Bunde, Geulle and Voulwames was ordered at about 1:55 p.m., but five minutes later it was rescinded with residents instead told to get to higher floors in whatever building they were inside, and shelter in place.

The evacuation order was restored at 2:15 p.m. The residents in those villages were told to immediately shut their gas and electricity, close the main water valve, and to shut all windows and lock all doors when leaving in their building, according to the Limburg-Zuid security office. Emergency sirens were sounded in the region as it became evident the area would flood.

Some six thousand people live in the four villages. It was not immediately clear how many were still in their homes.

Parts of the municipality had already been underwater even before the dike broke near Voulwames, with residents of Geulle, Oostbroek and Westbroek told to quickly leave due to the water level of the Geul river. When the sirens blared it was because the water created a breach in the dike of about one square meter, and the security office was concerned the hole could quickly expand. "There is no time left to leave the house," the security office said on social media.

A rescue operation was underway on Friday morning to try and get as many people in Meerssen to safety. A spokesperson for the Nationale Reddingsvloot, a first response rescue team, told Nu.nl, "Everything is happening in Meerssen and they are now going to work there. The water is up to their waist there." The NRV sent eleven units to help in the Limburg municipality, and 16 others to help in Liège, Belgium.

Further north, the VieCuri Medical Center in Venlo agreed to evacuate the hospital as a precaution, in a decision made with the Limburg-Noord security office. Two hundred patients will be transferred from that hospital to other facilities over the course of Friday afternoon.

Starting at 6 p.m. emergency patients, urgent care patients and mental care patients will be diverted to other medical care centers.

"Pregnant women are already being referred to other birth centers from this point on. Outpatient appointments, blood sampling, dialysis and scans will continue until 6 p.m. Friday. After that, the hospital is only accessible for visits by patients still staying with VieCuri, with a maximum of 1 visitor per patient," the security office said in a statement. 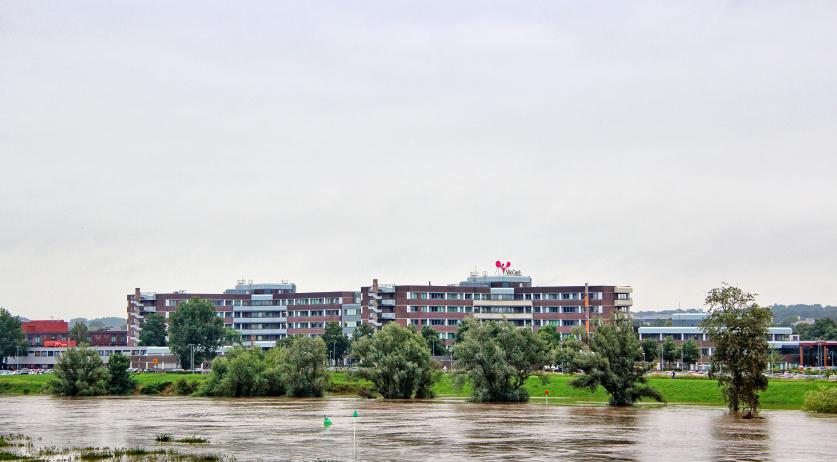