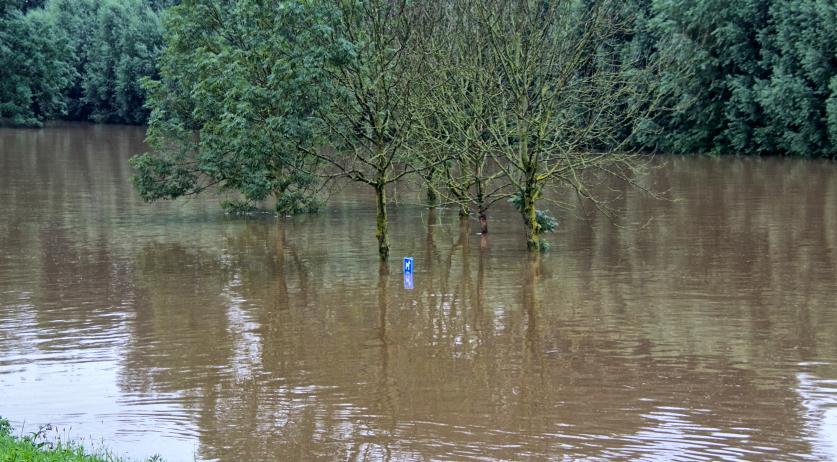 Roughly ten thousand people living in the municipality of Venlo were told they should leave their homes for their own safety as the water level in the Maas River in the northern portion of Limburg was rising fast. The water level is expected to crest at about 3 a.m., earlier than experts had predicted.

"The predictions of heavy rainfall and the warnings of major nuisances have become reality," said Johan Remkes, Limburg's provincial governor, and the chairs of the Limburg-Noord and Limburg-Zuid security offices in a statement. "The images that everyone has seen are shocking. They defy any imagination."

The evacuation affects over ten percent of the city's population, who live in about seven thousand homes there. The area includes a portion of the city east of the Maas to Sint Urbanusweg, and from A67 down to the riverside hotel-restaurant Valuas.

It also includes Arcen, Lomm, Velden, Steyl, and portions of Tegelen, Belfeld and Hout-Blerick. Five reception areas have been established for people who cannot shelter with family or friends.

"We can well imagine that it makes you despondent and sad when your home is flooded. When you have to leave your home or when your company is forced to shut down," the statement continued. "We wish all those affected a lot of strength to get your home or business back in order as soon as possible. And we hope that you can quickly leave the mental misery behind you and that you will soon feel at home again in your own place."

Earlier in the day, the Limburg-Noord emergency services office said that the VieCuri Medical Center in Venlo would also be evacuated. The 200 patients there were going to be distributed with the assistance of patient coordination office LCPS. All arriving patients will be diverted from 6 p.m.