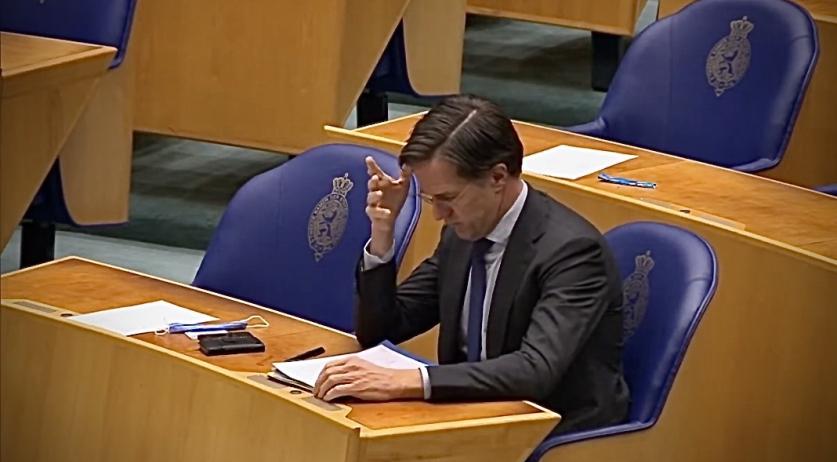 Prime Minister Mark Rutte and Health Minister Hugo de Jonge can expect to face a very critical Tweede Kamer in the parliamentary debate on the coronavirus on Tuesday. Coronavirus infections are spiking, and parliamentarians warned the cabinet not to be too quick to relax measures.

"We are in a phase where we are prepared to take risks," Rutte said at the end of February. On June 26, a series of coronavirus measures were relaxed, allowing nightclubs to open and events to take place, among other things. And in the two weeks since then, Covid-19  infections spiked. On Friday, measures were tightened again. On Monday, Rutte apologized for relaxing coronavirus measures to soon.

According to Rutte, the cabinet went slightly ahead of Outbreak Management Team's advice when it came to relaxing measures, but the current policy is still in line with that advice. "What we said in February, and what we did in March and April, is that we are slightly ahead of the OMT and yet have taken a cautious step," he said on Monday. "In that sense it was not a risk compared to the advice that was there."

But that is not completely true, according to NU.nl. The OMT advised that Covid-19 tests used for access to nightclubs and events should only be valid for 24 hours. The cabinet initially opted for making test results valid for 40 hours, though that was lowered to 24 when measures were tightened on Friday. The OMT also advised closing restaurants and bars at 10:00 p.m. since last weekend, but the government decided to close them at midnight.

SP parliamentarian Maarten Hijink told NU.nl that the cabinet took risks willingly and knowingly, referring to the press conference announcing the June 26 lockdown relaxations. In it, Rutte said that the Netherlands was taking a really big step, "one of the most-far-reaching steps in Europe". According to Hijink, the cabinet was "really proud that they went further than other countries" while the highly contagious nature of the Delta coroanvirus variant was already known. India and the United Kingdom had already learned that lesson.

"If you take risks, say so honestly," PvdA parliamentarian Attje Kuiken said to the newspaper. "Now others are being blamed for the large number of infections, especially young people." Kuiken pointed out that De Jonge did not discourage going out and enjoying the nightlife when he spoke about "dancing with Janssen", and Justice Minister Ferdinand Grapperhaus joked about throwing face masks away.

"The cabinet was in denial when things went in the wrong direction. There is a three-week delay in the calculation models, but we already knew, based on the Red Team and the situation in the United Kingdom, that the number of infections among us would increase," Kuiken said. Last week, Kuiken and the D66 insisted that the cabinet get urgent advice on how to proceed from the OMT. "It took quite a bit in front of- and behind the scenes to get the cabinet to take that step."