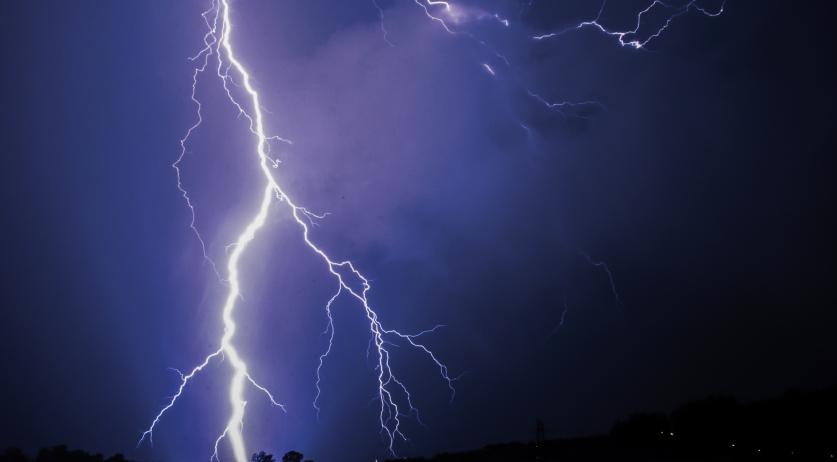 Meteorological institute KNMI issued a code yellow weather warning covering the whole country for much of Friday morning, and a second warning covering most of the afternoon and evening. The warning was issued as the temperature in De Bilt, Utrecht topped 30 degrees Celsius, marking the first official tropical weather day for the Netherlands this year.

The thermometer hit 30.5 degrees at 2:30 p.m. on Thursday in De Bilt, considered the meteorological center of the country and home to the KNMI. A high of 31 degrees was predicted, and the temperature dropped slightly under heavy cloud cover to 30.1 just before 3 p.m.

The storm warning mentions the possibility of lightning and hail, accompanied by winds gusting at up to 75 kilometers per hour. The first warnings start as early as midnight in the southern provinces, with the code yellow activated for the northern provinces a few hours later. That will last as late as noon, depending on the location. Most of the country will also be under a warning from about 2 p.m. to roughly midnight, the KNMI said.

People are advised to take shelter from the advancing storms, but not to hide under trees. Open water areas should also be avoided while the warning is in effect. Drivers should also remain cautious on the roads, as the pavement is expected to become slippery due to the heavy rainfall after a relatively long dry period. This will be complicated by the heavy gusts that will accompany the storms.

The low temperature early Friday morning will likely be 18 to 21 degrees. Later, the mercury will peak at up to 30 degrees in Utrecht and Gelderland, and 32 degrees in Limburg. A break in the heat will come on Saturday with lows from 16 to 19 degrees, and highs topping out at 23 degrees.

It will likely pick back up to 29 degrees on Sunday.