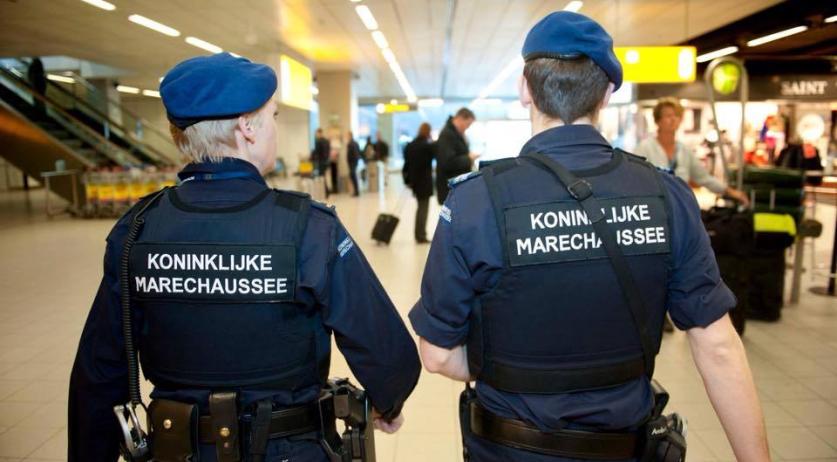 On Tuesday the Koninklijke Marechaussee, a policing force that works as part of the Dutch military, will appear in court to face accusations of ethnic profiling at border controls. The civil proceedings were filed by human rights groups Amnesty International, Control Alt Delete and two Netherlands residents, among others, RTL Nieuws reports.

One of the citizens involved in the cases is Mpanzu Bamenga, a former city councilor for Eindhoven. In April 2018, he was pulled out of line at passport control at Eindhoven Airport after returning from a freedom congress in Rome. "I walked a bit faster because it was raining. I was neatly dressed and one of the first to get to passport control. The people in front of me could walk through, I had to stand to the side," he said to the broadcaster.

When Bamenga asked why he was stopped, the Marechaussee officers told him they were looking for criminal asylum seekers and he resembled someone they were looking for. "But the people who were picked from the line were another Black man and a Black woman with children. The rest could move on. It was clearly ethnic profiling. It was certainly not the first time for me and it was the most normal thing in the world for them too. That mad me angry. Ethnic profiling is not about me personally, a lot of people suffer from this stigma."

Bamenga filed a complaint, which was ruled valid, but decided he wanted to take this further. He therefore filed a lawsuit, along with Amnesty International, Control Alt Delete, discrimination hotline RADAR, lawyers from the Dutch jurists committee for human rights NJCM, and another citizen - a pilot of Surinamese descent. Their hope is that the court will officially draw a line and ban ethnic profiling.

The Koninklijke Marechaussee denied the accusations. "We are waiting for the lawsuit and are curious about the outcome. We previously gave a written response, which still applies," the force said to RTL Nieuws.

The written response said that the Marechaussee uses "predictive profiling" in selecting people for checks at the Dutch borders. "Someone can be selected for a check on the basis of various indicators, knowledge and experience, information (such as trends or previous incidents," the Marechaussee said.

"Ethnicity can be a relevant indicator here. However, this indicator is only used in combination with other indicators that justify a check. The predictive profiling method offers tools for objective action and is continuously improved. Employees are trained for this. Through this method, checks can always be explained. This also from the perspective of the person to be checked," a spokesperson for the Marechaussee added to RTL.