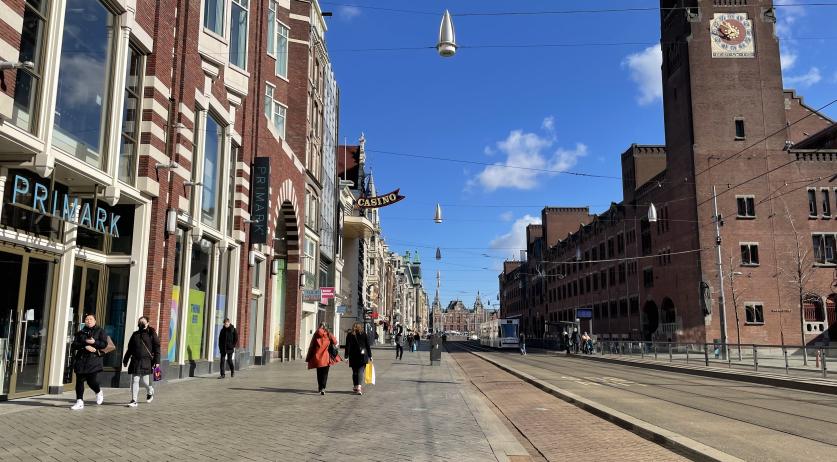 The Netherlands has entered its second economic recession in less than a year with preliminary data showing that the gross domestic product shrank by 0.5 percent during the first quarter of 2021. That followed a contraction of 0.1 percent observed during the last quarter of 2020.

An economic recession is defined by two straight quarters where a country’s GDP declines. “The contraction of the economy was mainly caused by a decline in consumption by households and the government,” wrote Statistics Netherlands (CBS) in a statement about its findings.

Household spending fell by 3.5 percent in the quarter, and government consumption dropped by 1.5 percent. This current economic recession was further driven by the education, care, culture, and recreation sectors.

It was less severe than economists at ING and Rabobank had predicted with the introduction of the full lockdown in December. “The increase in investment and the trade balance dampened the contraction,” the CBS noted. It pointed to an increase in exports of 1.6 percent and growth in imports of 1.3 percent.

“In the first quarter of 2021, GDP was still 3.4 percent below the level before the outbreak of the coronavirus pandemic,” the CBS stated. GDP for the quarter was off 2.8 percent compared to the first three months of 2020, with consumers this year spending 8.5 percent less than a year earlier when coronavirus restrictions did not begin to take shape until March of that year.

The country first entered into a recession driven by the coronavirus pandemic when the GDP diminished during the first two quarters of 2020, but then showed a solid rebound of 7.7 percent in the third. That was largely driven by the country quickly discarding coronavirus lockdown and travel restrictions in June, a decision derided by some as being shortsighted and leading to a second wave of coronavirus infections.

Amsterdam had already expressed desires to ban day trips to the city by August because of the perceived effect tourism was having on new infections. In October, the second partial lockdown was announced, to the consternation of many organizations and business sectors, particularly the restaurant and catering industry.