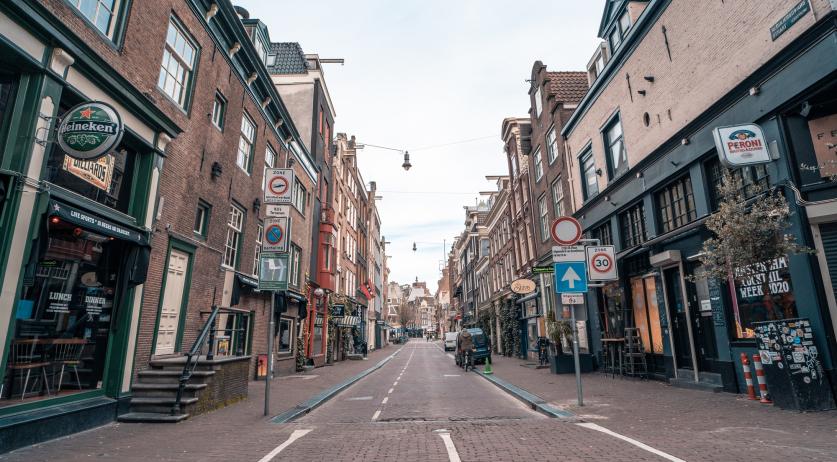 The Cabinet is very likely to go through with the second step of lockdown easing on Tuesday, as the average daily number of Covid-19 hospitalizations has steadily declined since May 1, government sources told newswire ANP. A formal decision is expected to be made during a meeting with Cabinet ministers on Monday.

The average number of new coronavirus infections has dropped off by a third since April 23 to 5,518, though the low results last week could be linked to the May vacation period and the corresponding drop in testing. Currently admitted hospital patient figures also dropped to their lowest levels since late March.

The caretaker Cabinet of the Netherlands previously decided to move forward with the second step of its lockdown relaxation plan on May 19, but only if the average number of daily Covid-19 hospital admissions drops about 20 percent below the third wave peak. Data from the LCPS has shown admissions to be below that benchmark since Friday afternoon.

The second of six lockdown emergence steps will include opening gyms, sports halls, swimming pools, and will allow for more group exercise activity outdoors. Additionally, cafe terraces will be allowed to open from 6 a.m. to 8 p.m. instead of from noon to 6 p.m., caretaker Prime Minister Mark Rutte and Health Minister Hugo de Jonge confirmed at a press conference last Tuesday.

Once announced, the relaxation includes allowing sex workers to restart their businesses, as will many cultural attractions, outdoor theaters, zoos and amusement parks.

According to the patient coordination center LCPS, there were 686 people being treated for Covid-19 in Dutch hospitals On Sunday. Sunday marked the first time the figures fell below 700 since April 1, reaching a low point not seen in nearly seven weeks.

It was also the eleventh day in a row that the number of patients in intensive care had decreased. The ICUs saw a net decrease of 24 patients since Saturday afternoon, and another 1,467 people were also hospitalized for Covid-19. Combined, Dutch hospitals were treating 2,153 people for Covid-19, the lowest since March 21