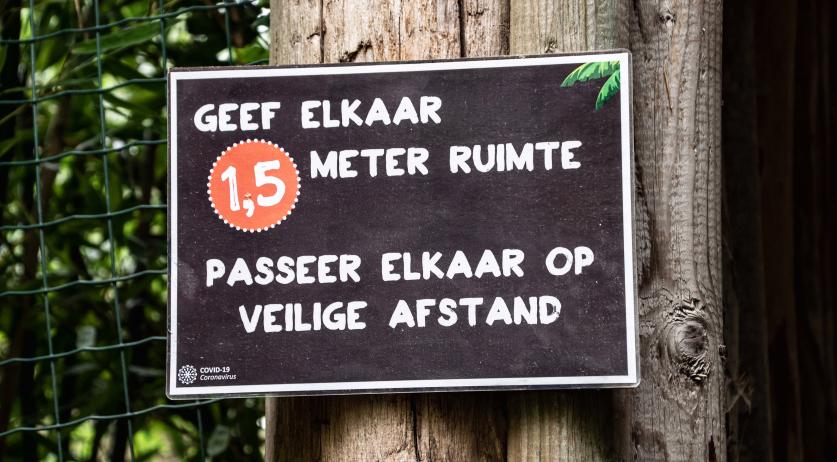 There are currently 686 people being treated for Covid-19 in Dutch hospitals, patient coordination center LCPS reported on Sunday. That was the first time the figure dropped below seven hundred since April 1, reaching a low point not seen in nearly seven weeks.

The ICUs saw a net decrease of 24 patients since Saturday afternoon. It was the eleventh straight day the patient total declined in intensive care. Outside of intensive care, another 1,467 people were battling the coronavirus in Dutch hospitals, a smaller decrease of seven. Combined, Dutch hospitals were treating 2,153 people for Covid-19, the lowest since March 21.

Hospitals admitted 163 new Covid-19 patients between the afternoons of Saturday and Sunday, including 26 who were sent to intensive care. That pushed the seven-day moving average down to 226, including an average of 33 daily ICU admissions.

The Cabinet said earlier in the week that it will follow the Outbreak Management Team’s advice by waiting to confirm its plans to progress with the next step in relaxing lockdown restrictions if the average admissions figure remains 20 percent below the third wave peak. The average was at its highest on April 22 reaching 313. The fall required by the OMT would set a benchmark of 250, according to LCPS data.

On Monday, the government was expected to announce if it will move forward with the plan. That includes allowing gyms, sports halls, and swimming pools to open, and permitting sex workers and all other close-contact professions to pick up their profession again as of May 19. The second step in reopening the country will also give the culture sector more freedom such as open-air theaters, museums, zoos, and even amusement parks. Cafe terraces can also then extend their opening hours from 6 a.m. to 8 p.m.

Meanwhile, the RIVM reported on Sunday that 4,494 more people tested positive for the SARS-CoV-2 coronavirus. That was the first time since March 9 and 10 that there have been two consecutive daily infection reports below the five thousand mark. It remained a strong possibility that infection numbers were lower this week due to the May holiday period, with initial figures suggesting a sharp drop in self-scheduled coronavirus test appointments falling to lows not seen since mid-February.

Nevertheless, it pushed the seven-day rolling average for new infections down five percent to 5,518, the lowest seen in the Netherlands since March 15. The moving average has fallen by 27 percent just over the past week. It was over a third lower than the third wave peak set on April 23.

Approximately 13 percent of those tested for the viral infection by the GGD over the past week were diagnosed with the infection, continuing a months-long upward trend.

It was already evident that the Netherlands has set a new record for Covid-19 vaccinations in a single week. Healthcare workers on Saturday provided an estimated 147,424 Covid-19 vaccination shots, the RIVM said. This calendar week, an estimated 846,852 jabs have been given, which means the Netherlands was close to exceeding its weekly target of 962,861.

Previously, Health Minister Hugo de Jonge said next week’s figure could rise to a million. According to an estimate by the RIVM, 7,309,350 doses of Covid-19 vaccines have been administered in the Netherlands to date.

Since the beginning of the pandemic, people in the Netherlands have tested positive for the coronavirus a total of 1,598,164 times.