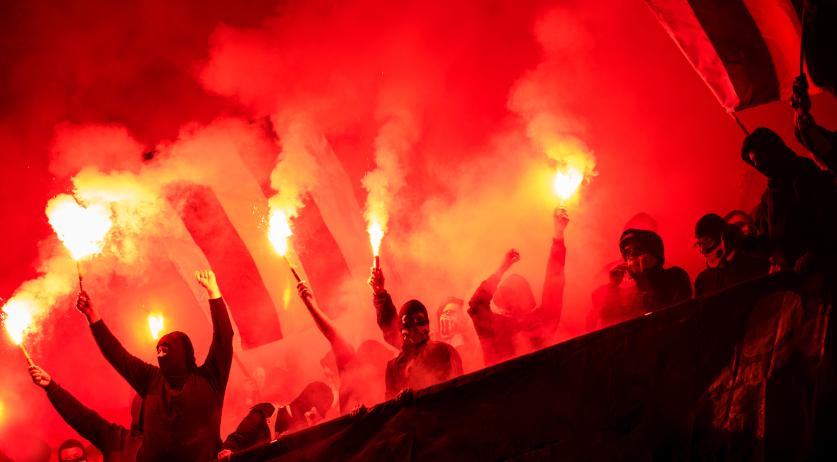 Riots and celebrations as Dutch football league wraps up

Riots broke out in Doetinchem on Wednesday night after the local football club, De Graafschap, failed to secure a promotion. Earlier in the evening, Deventer team Go Ahead Eagles claimed a 1-0 victory at Exelsior. With De Graafschap’s draw against Helmond, Go Ahead Eagles won the promotion which led to a huge party of several hundred people who celebrated without regard for coronavirus social distancing measures, NOS reported.

Both De Graafschap and Go Ahead Eagles ended the season with 77 points, but Go Ahead went through on goal differential. Cambuur topped them both with 92 points.

The Doetinchem team was in second place in the Eerste Divisie rankings for months only to get knocked out of the promotion spot on the last match day with a 0-0 final score against Helmond. Bad weather interrupted the match, causing a 38-minute delay. Following the disappointing draw, several hundred supporters of De Graafschap gathered around the stadium despite being urged by the municipality not to do so.

A number of supporters from the club threw fireworks and caused disturbances around De Vijverberg stadium prompting the riot police units to intervene. Employees of De Graafschap were asked to stay in the stadium for their own safety. Around midnight, fans also gathered around the Helmond team’s bus, causing its departure to be delayed.

A spokesperson for the mayor of Doetinchem called the events "extremely disappointing". Police are expected to provide more clarity on how the riots unfolded later on Tuesday.

Shortly before the Graafschap match against Helmond wrapped up, Deventer team Go Ahead Eagles won 1-0 against Excelsior, prompting thousands of supporters to gather en masse in the center of Deventer waiting to see if De Graafschap would choke on their final match. Upon the final whistle, supporters chanted slogans, sang, and waved flags during the party on the Brink square, taking no notice of the coronavirus safety measures.

The police were present with several vehicles but did not intervene. The party came to an end around 2 a.m. after players of the Deventer team arrived in the city by bus, and were welcomed by cheering fans who lit up torches. Garbage left behind on the square was a visual reminder of the celebration hours earlier.

The municipality had already announced on Wednesday that it would not take action against partying supporters if the club was promoted, but would focus their efforts on containing the party and preventing it from spreading to other locations.