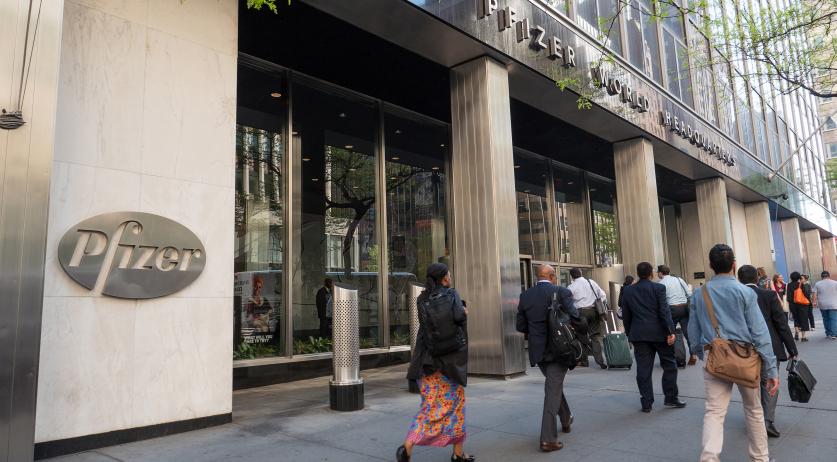 American pharmaceutical firm Pfizer has used a letterbox company in Capelle aan den IJssel in Zuid-Holland to steer 36 billion dollars in annual revenue as a means to avoid paying corporate tax on its profits, according to investigative journalism platform Follow the Money. Even though the company develops medicine and vaccines with research grants and public funding, the company pays very little in tax, and almost no tax in the Netherlands, according to the report.

Many of Pfizer's activities outside the US are managed on paper by the letterbox firm named CP Pharmaceuticals International CV (CPPI). CPPI has over 350 holdings worldwide, including dozens in the tax havens of Ireland and Luxembourg. In the first three months of this year, the company saw its revenue increase by 42 percent.

From the office of 220 people, CPPI profited over 139 billion euros over the past decade. Its annual turnover was estimated at over 36 billion, according to Follow the Money. Pfizer employs over 80 thousand people worldwide.

Research published last year showed that Dutch policy has allowed multinational businesses to legally avoid paying about 22 billion euros in annual taxes. This year, the Netherlands ranked fourth on a list of the world’s biggest tax havens, according to Tax Justice Network. Profits are often funneled by multinationals from subsidiaries through Dutch companies, preventing taxation on profits earned in other countries. This money is often not taxable in the Netherlands either.

In fact, Marc Kaptein, medical director of Pfizer Netherlands, said it expected sales of its Covid-19 vaccine to reach 21 billion dollars. He wrote in a column in the Volkskrant that "profits are expected to be 'as a percentage of revenue, high in their 20s'. That is a lot of money. But don't forget that production has scaled up in record time, so that we can quickly deliver more doses to Europe."

"We do business in more than 150 countries around the world. At all times, and wherever we operate, Pfizer complies with all accounting and tax laws. We pay all taxes due," said the company's representative in a response.

"A lot of money has always gone to the pharmaceutical industry, and that will now be a lot more. Those companies will only become more powerful," said Vincent Kiezebrink from independent research group Research Foundation for Multinational Enterprises (SOMO).

Companies like Google and big tobacco manufacturers and even coronavirus test producer Qiagen have been called out for using the Dutch tax laws to their global benefit. Last May, the Cabinet unveiled a policy to tackle the issue with a new withholding tax that could take effect in 2024.

A 2018 study by Oxfam Novib identified 135 subsidiaries of the four largest pharmaceutical companies in the Netherlands alone.