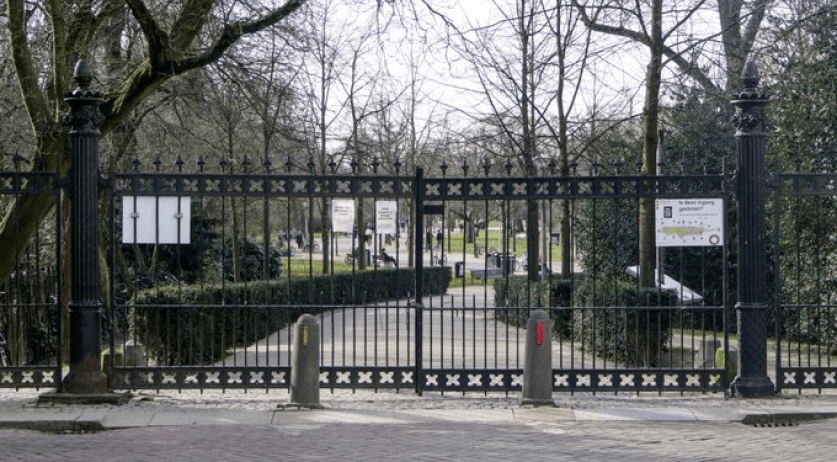 Some of the biggest cities in the Netherlands have called upon people to drop plans to visit the capital city due to large crowds on King’s Day. The municipalities urged people to avoid crowded places, practice social distancing and remain in groups of a maximum of two people from the same household.

Earlier on Tuesday, multiple locations in Amsterdam were also closed off due to overcrowding, among those being the city’s famous Vondelpark. The city’s authorities first closed off side entrances, then the main entrances to the park, and visitors were able to exit from the main gates. That had little effect on alleviating the crowds, prompting police to evacuate the park.

Security teams were spotted cycling around the park, and there was a police van spotted at the main entrance to the park. As the morning progressed, more and more people entered the park, often with coolers and full shopping bags, AD reported.

Streets and squares along the Spaarne in Haarlem were also being closed after the public flocked to the square to celebrate the King’s birthday. “Hundreds of people are standing on top of each other,” a reporter for NH Nieuws said. He said it was as though the coronavirus pandemic was no longer an issue.

The city had taken a friendly approach to ask people on the scene not to bunch together and to keep the environment safe for everyone, but by the end of the afternoon authorities were going to issue fines to people who were in groups that were too large, and who refused to break up the party. "It's too busy. We hope people will simply listen and save themselves the fine," a spokesperson told NOS.

In Rotterdam, the city asked residents to avoid Kop van Zuid near the Hotel New York, Karlingsebos, Noordplein, and Witte de Withstraat, saying the areas had grown far too crowded. “Do not come to these places anymore,” the city said on social media. “Find a quiet place elsewhere.”

There were busy areas in the third largest Dutch city, The Hague, but by 3:30 p.m. officials did not issue a warning for over crowding. There were reports that areas like De Paleistuin were beginning to fill up.

In Utrecht, partiers filled the Ganzenmarkt, Lepelenburg park and the Oudegracht area. “We urge everyone to leave these places and to not return to town,” officials in Utrecht said. “Celebrate King’s Day at home!”

Crowding was also reported in Breda and Maastricht.

According to the police, one larger party was broken up overnight in a commercial building on the Amsterdam Centrum street Nes, and another one was stopped in neighboring city Diemen. However, the head of Dutch police union ACP, Gerrit van de Kamp, said in the TV program WNL on Tuesday morning that the Koningsnacht was "surprisingly quiet".

The police reminded that all the coronavirus measures are still in force and called upon people not to attend any large gatherings and celebrate the King’s Day at home with family and a limited number of guests.