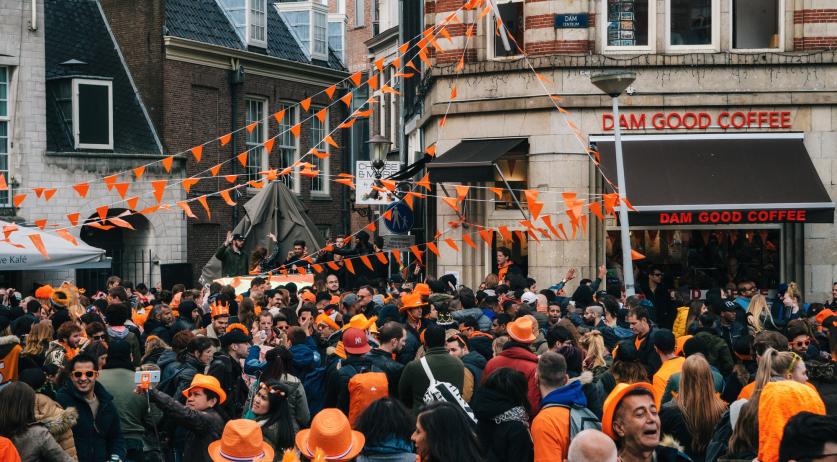 An estimated 37% of people plan to celebrate King’s Day on Tuesday with more than two people from outside their own household, which is the current limit imposed by the government. Roughly the same percentage of surveyed participants said they found that small exemptions from the rules can be justified on the country's most famous holiday, RTL Nieuws reported based on findings of their research.

"The combination of good weather and a day off will make many people go outside and it will be too busy in some places," said Hubert Bruls, the Mayor of Nijmegen and the chair of the country’s Security Council.

The research found that 70% will spend King’s Day at home, similar to last year. However, among these, 63% of people still said they would participate in some kind of King’s Day-related activities such as singing the Dutch national anthem ''Wilhelmus'', at 10 a.m. or eating an Oranje tompouce pastry.

Among people who will not stay at home on Tuesday, almost two-thirds said they planned to visit family or friends. Ten percent of them said they were going to attend a party.

For the second year in a row, residents in the Netherlands were asked to stay home and strictly limit guests in their homes for King's Day. Despite illegal parties that are scheduled to take place in parks, recreational areas, student flats and on terraces, Bruls was confident security forces will make sure public order and safety are maintained.

"We have thirteen months of experience with how to solve this properly. If it gets too busy, places or roads will be closed and people will be diverted," he concluded.