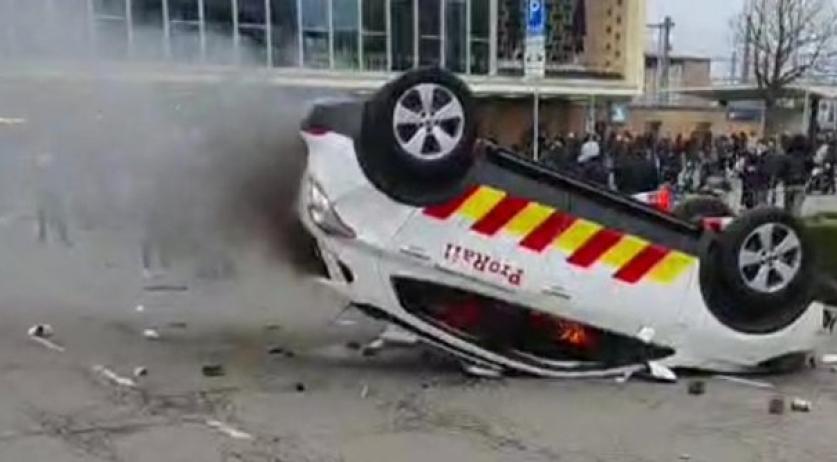 Insured entrepreneurs don't have to worry about the damages rioters caused to their businesses over the past days, according to the Dutch association of insurers VNV. "In this situation, insurers usually cover, provided entrepreneurs are insured. Insurers indicated they support customers," a VNV spokesperson said to ANP.

The association could not yet give figures on how many riot-related damage claims insurers received so far.  The insurers will try to recover the damages from the perpetrators. They'll likely have government support in this, as Minister Ferdinand Grapperhaus of Justice and Security already said that rioters can expect to receive some hefty damage claims.

The VNV spokesperson stressed that not everything is covered by insurance, such as government property and bicycles. Some business owners also only have disaster insurance, which does not cover riots. "People are also paying out of their pocket for these riots."

The VNV called on the government to "take firm action" to prevent the situation from becoming unmanageable. "In already difficult times, entrepreneurs and private individuals are being hit even harder by needless damage to companies, homes and cars," VNV general director Richard Weurding said on Monday.