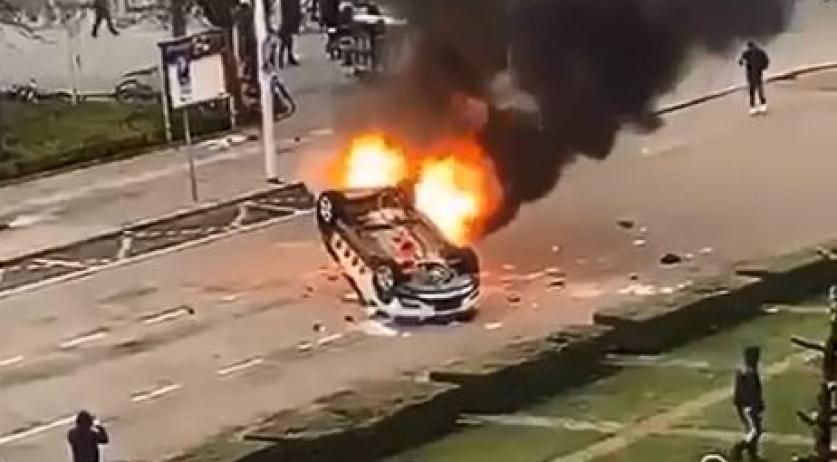 The government will not turn back the curfew because of riots that broke out every night since its introduction on Saturday. "We are not going to capitulate to a few idiots," Finance Minister Wopke Hoekstra said on Tuesday, NOS reports.

Minister Ferdinand Grapperhaus of Justice and Security said the same. "Apparently small groups find it necessary to riot. But that is not because of the corona policy, because you don't have to loot a shop for that," he said.

Grapperhaus added that the police and Koninklijke Marechaussee are cracking down on the rioters. They will be subject to summary judgement and can face unconditional prison sentences, he said.

During the third night of rioting in many places in the Netherlands on Monday, the police arrested a total of 184 people, including over 50 in Rotterdam and 52 in Den Bosch. 1,741 fines were handed out, most for violating curfew.

On Monday, Prime Minister Mark Rutte condemned the riots, calling them "criminal violence" that had "nothing to do with the fight for freedom". He  stressed that the violence and rioting will not have any effect on the measures in place to curb the spread of the coronaivurs. "The curfew remains necessary. It is the virus that is robbing us of our freedom."

"This criminal violence must stop," Rutte said on Twitter on Tuesday.