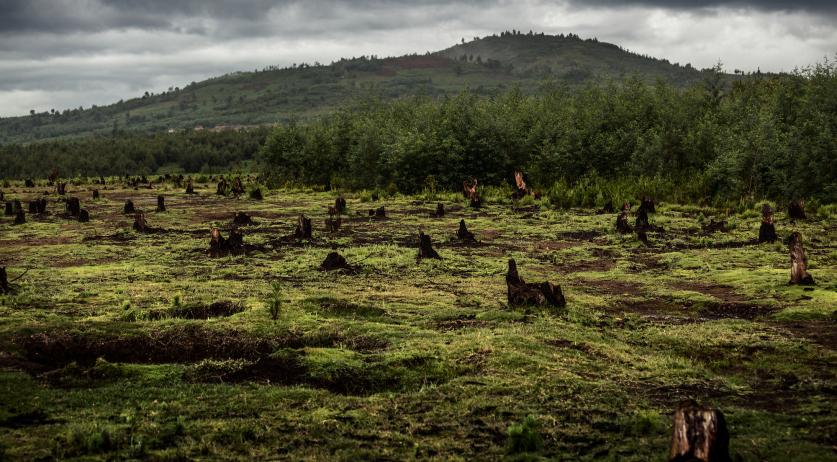 The Netherlands played a disproportionately large role in deforestation worldwide in the period from 2004 to 2017, mainly due to the country's import of and trade in soy for livestock farming, according to a report by the World Wildlife Fund, NOS reports.

Between 2004 and 2017, forest areas ten times the size of the Netherlands were lost, mainly to make room for agriculture. This involves 43 million hectares of forests in Asia, South America, and Africa, according to the WWF. Forests were mainly felled for five products: soy for animal feed, meat, cocoa, palm oil, and wood. Of these, livestock and soybean cultivation have the greatest impact.

Deforestation destroys the habitat of wildlife, including various endangered species like tigers and elephants. As a result, wildlife populations have disappeared at an alarming rate.

Deforestation also exacerbates the climate problem, WWF forest expert Merjin van Leeuwen said to NOS. "The amount of CO2 that forests worldwide have stored in wood, roots and peat is the same as what all humanity emits in seven years. That is an awful lot," Van Leeuwen said. Deforestation is also responsible for 13 percent of total greenhouse gas emissions.

While that legislation is still in the making, consumers can already play a role in fighting deforestation by eating more plant-based, Van Leeuwen said to the broadcaster. "If you eat a meat burger, you indirectly eat about five times as much soy as with a soy burger."