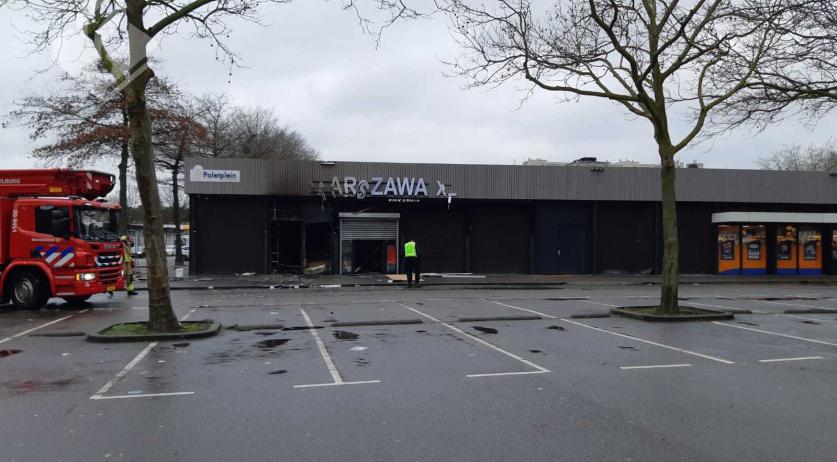 A planned opening of a Polish supermarket in the Noord-Brabant town of Schijndel has been postponed for the time being. The municipality decided to ban the opening for now after local residents expressed concerns for their safety. The new store is owned by the same family whose Polish supermarkets elsewhere in the country have been targeted with explosives over the past weeks.

Mayor Kees van Rooij of the municipality of Meierijstad, which covers Schijndel, therefore decided to keep the store closed until May, NU.nl reports. He did so in consultation with the police, the local residents, the building's owner, and the owner of the supermarket set to open there. The municipality will look into whether an earlier opening is feasible.

Over the past weeks, explosives were detonated at five Polish supermarkets in the Netherlands, the most recent in Tilburg on January 4. As far as is known, no one was hurt in any of the explosions. Though they all did extensive property damage.

All the targeted stores belong to members of an Iraqi-Kurdish family living in the Netherlands. The family says they don't know why they are being targeted.

The police believe that the explosions in Aalsmeer, Heeswijk-Dinther, Beverwijk, and Tilburg are linked and are increasingly convinced that a single group of perpetrators is behind it.

On Opsporing Verzocht on Tuesday, the police revealed that remains of jerrycans were discovered at multiple of the crime scenes. Investigators believe they are all of the same type - yellow jerrycans that can be bought at Shell gas stations. The police call on anyone who may have noticed someone filling up such a jerrycan at night, or saw someone walking the streets with one during the early morning hours, to contact them.