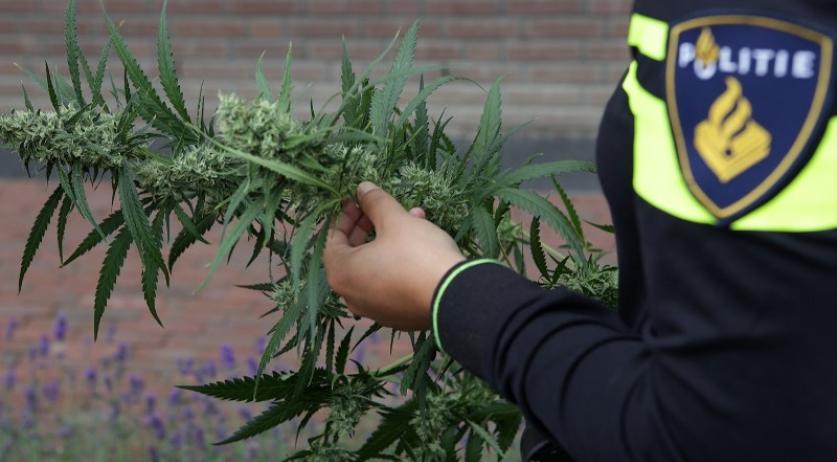 The police found a cannabis plantation in the investigation into the deaths of two men in Arnhem and one in Amersfoort, all of whom were found seriously injured or killed in separate locations on Friday. The cannabis plantation was dismantled on Monday, the police said.

The cannabis was found in a building on Jansbinnensingel, where the police found a seriously injured man on Friday. The 53-year-old occupant of the building succumbed to his injuries in hospital during the early hours of Saturday morning. Investigators have determined the cause of death, but will not say anything about it in the interest of the investigation.

The police found the seriously injured man while investigating a shooting on Cronjestraat in Arnhem, in which a 55-year-old man was killed. Investigators are also looking into possible connections between these two deaths, and the death of a 74-year-old man in Amersfoort. He was found dead in a car at the train station on Friday.

There was speculation over the weekend that the death of the 74-year-old was a suicide. He may have been involved in the deaths of the other two men, and possibly a third as-yet undiscovered fatality.

The cannabis plantation dismantled on Monday contained 248 plants. It was located in the basement of the building on Jansbinnensingel, and had an illegal power hookup. Mayor Ahmed Marcouch of Arnhem therefore closed the building.

The investigation is ongoing and the police do not expect to make any further announcements until there is a complete picture of what happened. "It is still unknown when that will be."