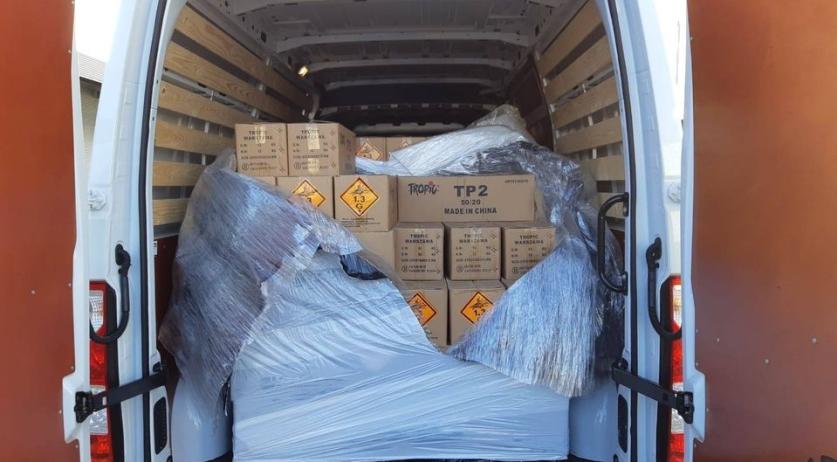 Authorities in a small Gelderland village discovered a load of thousands of kilograms of illegal fireworks inside a commercial van. Police said they became suspicious when they spotted the rented van which appeared to be carrying a particularly heavy load.

The officers staked out the van and a passenger car along the Expeditieweg in Andelst on Thursday morning. When police spotted a 39-year-old enter the van, they stopped him to investigate the situation.

Police said the suspect will be brought to trial.

"Catching this haul will save us a lot of trouble around New Year's Eve," she added. "Idiotic, of course, that someone with so many heavy fireworks is driving around."