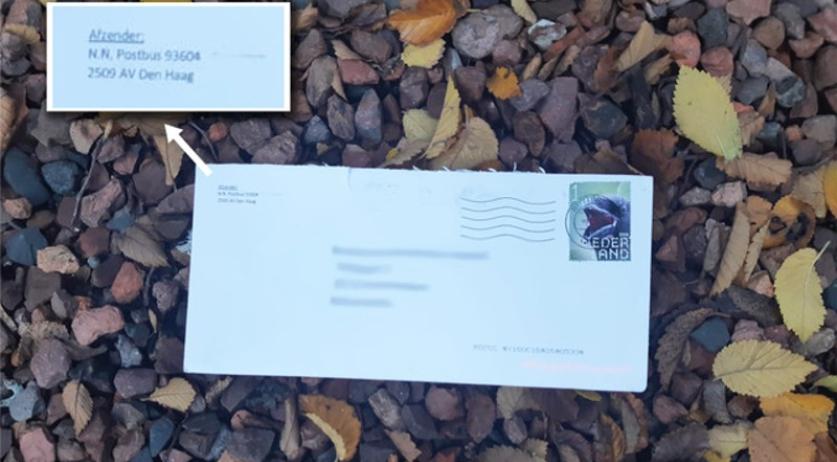 The police released a photo of one of 19 letters containing a powdery substances that were delivered to locations all across the Netherlands over the past days. If you receive a similar letter, do not open it and contact the police, the police said on Friday.

Such letters were delivered to 12 Amsterdam locations, and buildings in Amersfoort, Arnhem, Best, Rotterdam, Utrecht, Roermond and Zeist. The 19 recipients included hotels, hospitals, law firms and publishers. Such letters were delivered to multiple buildings belonging to DPG Media, for example, and the Ikazia hospital in Rotterdam, NU.nl reported.

All of the letters are currently being examined by the Netherlands' forensic institute NFI. The police did not say what the powder was that they contained, but did say that some recipients suffered from burning eyes and respiratory complaints after opening them. It is therefore very important that if you receive such a letter, you do not open it and contact the police immediately.

The police are investigating where the letters came from, whether these cases are linked, and what the motive is behind the letters. "We are taking the scenario into account that this may be one sender," the police said.

The delivery of these powder-containing letters is reminiscent of a series of mail bombs sent to dozens of companies earlier this year. A single one of those packages exploded, but no one was injured. The perpetrator, who demanded Bitcoins from their victims, is still at large.

As far as is known, the sender behind the powder-containing letters made no demands as of yet.