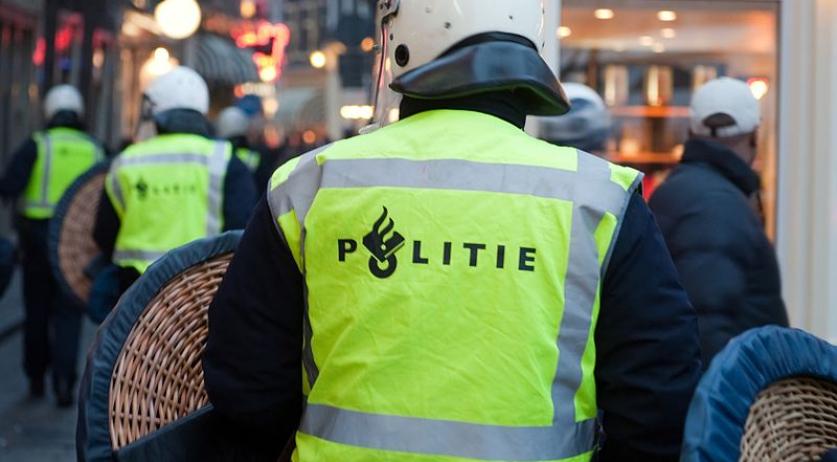 A police officer had to be treated in hospital for hearing damage after a counter-demonstrator threw fireworks at them at a Kick Out Zwarte Piet (KOZP) demonstration in Maastricht on Sunday. Several hundred counter-protesters showed up at the demonstration. Five people were arrested, including three suspected of attempted aggravated assault, a police spokesperson confirmed to NU.nl. More arrests may follow after camera footage was viewed, the spokesperson said.

The KOZP demonstration was scheduled to be held on the Vrijthof from 2:00 p.m., but it was moved to the Mosae Forum at the last minute when counter-protesters started showing up. A handful of anti-racism protesters remained on the Vrijthof. They were quickly surrounded by several hundred counter-protesters. The riot police had to intervene to protect the KOZP protesters, who were eventually escorted to a secret location, according to the newspaper.

The riot police had to intervene multiple times, in some cases using horses and dogs to keep demonstrators apart. The riot police formed a line around the KOZP activists to protect them from the counter-protesters, who threw stones and fireworks at the police.

Maastricht mayor Annemarie Penn-te Strake said that the police, municipality, and local Public Prosecutor received signals in the course of Saturday that a large group of counter-protesters would show up at the protest against blackface Zwarte Piet. The police deployment was therefore scaled-up. She called it regrettable that the riot police had to intervene.

Calm only returned to the city after the KOZP demonstrators left the city center and it started to rain. A KOZP spokesperson told NU.nl that all their protesters had left Maastricht by 5:00 p.m.

A Kick Out Zwarte Piet protest was held in Breda on Saturday. About 50 KOZP protesters participated, and some 30 counter-protesters showed up. That demonstration happened without incident. More protests are planned for the coming weeks.