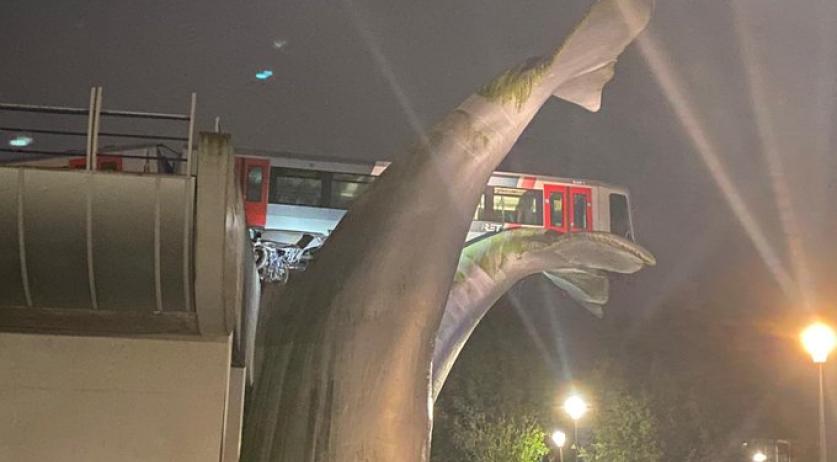 Emergency services are in the process of removing a subway from a 10 meter high statue of a whale tail at De Akkers station in Spijkenisse. While this is a sight to behold, the mayor of Nissewaard and the security region Rotterdam-Rijnmond called on people to stay way so that social distancing can be maintained.

The subway crashed through a stop block at the De Akkers station on Monday morning and landed perfectly on one of the whale tails in the Waavisstaarten statue by Maarten Strujs. It hung there, suspended 10 meters in the air, throughout the day and night. Artist Struijs said he was surprised that the statue was strong enough to catch the subway, calling it a work of art in itself.

Today the vehicle is being recovered. A spokesperson for the security region told Rijnmond that the subway did not move at all overnight, giving hope that it can be removed safely.

"Dear people, these are impressive images in Spijkenisse with the hanging subway on the whale tail. But it's getting too crowded and the coronavirus is in our midst too," mayor Foort van Oosten of Nissewaard, which covers Spijkenisse, said on Twitter. He called on those interested to follow the recovery live online.