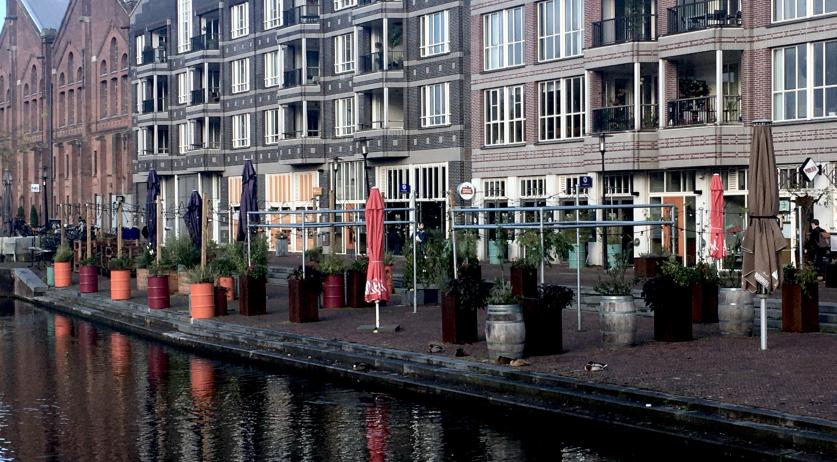 Coronavirus infections surge past 11,100 as hospitalizations level off

A record 11,141 more people tested positive for an infection of the SARS-CoV-2 novel coronavirus, according to data released by public health agency RIVM on Friday. The total was 11 percent higher than last Friday's total, and pushed the tally for this week up to 50,212, a 13 percent gain compared to a week ago.

At the same time, the number of patients being treated in hospitals for Covid-19 rose by just one person on Friday to 2,385, the lowest net gain since October 1. Since Thursday afternoon, the Dutch hospital system admitted at least 250 more patients, and moved 37 more into intensive care, patient coordination office LCPS said.

The patient total after deaths and discharges has risen by just 30 since Tuesday afternoon. "For the third day in a row, we are seeing a leveling off in the occupancy of clinical beds by Covid-19 patients," said Ernst Kuipers, the head of the Dutch acute care providers network. "That is beneficial, and may be the first effect of the measures that were introduced more than two weeks ago," he said, referring to the partial lockdown put in place by the Dutch government on October 14. "The coming days should demonstrate if this trend is continuing."

Data released by the RIVM over the last week has been skewed due to two malfunctions with an IT system at municipal health service GGD caused by too many source and contact investigators using the system simultaneously. The seven-day rolling average of infections was 9,870 including Friday's data, which suggests the amount of infections found on a daily basis was still rising, but that the rate of increase has slowed significantly.

"The peak is in sight," a spokesperson for the agency told Nu.nl. "The GGDs are taking more tests every week, but the number of positive tests is no longer increasing as before," he said. He expected to start seeing a consistent decrease in new infections soon.

Rotterdam (669), Amsterdam (615) and The Hague (352) were the three cities with the most infections. That reflected a 20-percent increase compared to a week ago in Rotterdam, and a 17-percent decrease in Amsterdam. Data from The Hague was relatively flat.

The 87 new Covid-19 fatalities reported by the RIVM were the most reported in a single day since the third week of April. It increased the seven day average to 54, and raised the death toll in the Netherlands to 7,345.

The patient total was about 15 percent higher than where it was a week ago. For the past seven days, the Covid-19 patient total has risen by an average of two percent daily, the lowest the rolling average has been in over seven weeks. At that rate, there would be 2,750 coronavirus patients by next Friday.

To date, Dutch hospitals have treated over 19 thousand people for Covid-19, according to the latest figures from nonprofit medical organization NICE. That includes 4,427 intensive care patients, of which 1,109 died, and 2,423 recovered. Only 15 thousand hospitalizations for the disease have been reported to the RIVM.

Since the end of February, 341,374 people in the Netherlands have tested positive for a SARS-CoV-2 infection.