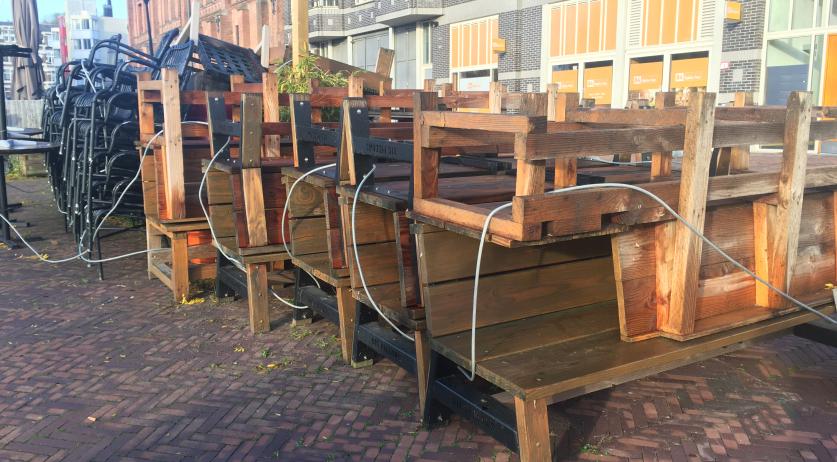 For the second time in five days, public health agency RIVM released incomplete daily data in relation to the coronavirus situation in the Netherlands. The data was released at about 4:25 p.m. on Wednesday after a delay of over two hours which was caused by the same IT error at municipal health service GGD as on Saturday, a spokesperson for the RIVM told NL Times.

Even with the incomplete data, infections in the Netherlands the number of infections this week were 15 percent higher than last week. The data showed 8,123 new infections of the virus which raised the week's tally to 28,791, and pushed the total since the first day of the pandemic to 319,991.

By comparison, during the seven days leading up to Wednesday an average of 9,657 infections were reported. That includes four dates which topped the 10 thousand mark.

"For a number of days there have been around 10 thousand infections per day. We are convinced that there is a leveling off. But we do not know whether it is also decreasing," said RIVM director Jaap van Dissel on Wednesday during a briefing at Parliament.

He also said he believed there was still missing data about new infections from over the weekend which has been added to the figures from other dates as the agency gets caught up. It was not immediately clear how long of a catch-up period would be needed for Wednesday's late data.

Wednesday's report showed that Rotterdam (556), Amsterdam (348) and The Hague (286) were the three cities with the most infections. By comparison, the seven-day average through Tuesday equaled 581 in the Rotterdam, 694 in Amsterdam, and 386 in the Hague.

The partial data also showed that the cause of death for 54 more people was listed as Covid-19. For the seven-day period up to Wednesday, an average of 47 deaths were reported by the RIVM. To date, 7,202 deaths were confirmed as being caused by the coronavirus disease.

Hospitalizations for Covid-19 rose again after at least 313 more patients with the disease were admitted between Tuesday afternoon and Wednesday, according to complete data released by patient coordination office LCPS. There were 2,376 residents from the Netherlands in treatment for the coronavirus disease on Wednesday, 22 percent more than a week earlier.

"For the hospitals we really need to see a leveling off [of infections] now, so that we reach a plateau at the beginning of November. If that does not happen, we will really be in trouble," said Ernst Kuipers, head of the Dutch acute care providers network. He told a committee in Parliament that the worst-case scenario of 6,000 hospitalized Covid-19 patients on December 1 was still a possibility.

To date, at least 14,830 people have been hospitalized with Covid-19, including 4,345 who were treated in intensive care.