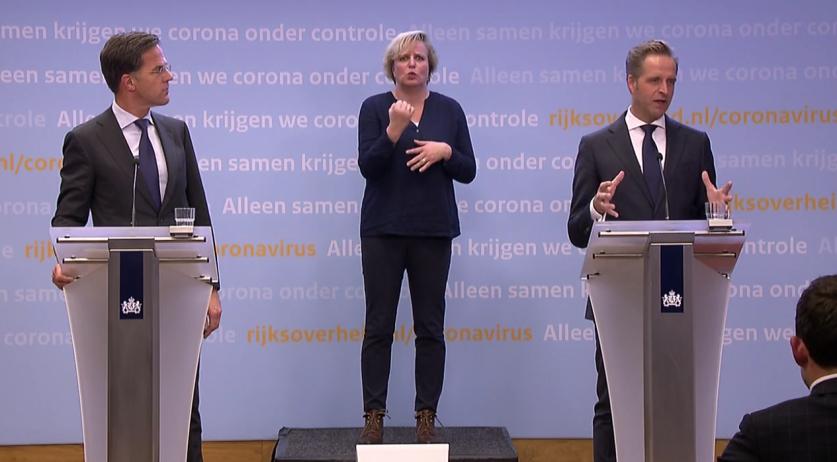 Full list of all coronavirus restrictions as of Oct. 13

The Netherlands introduced a host of social restrictions on Tuesday, advancing on several sets of rules which failed to slow the spread of the SARS-CoV-2 coronavirus in the country. The new regulations were revealed during a 75-minute press conference with Prime Minister Mark Rutte and Health Minister Hugo de Jonge.

From Sunday through Tuesday, data from the public health agency RIVM revealed 20,611 new infections. That three day period represents over two thousand more infections than the entire month of August. The total number of Covid-19 patients in Dutch hospitals on Tuesday was also 10 times higher than on September 7.

Rutte said the new restrictions were "the hammer with which we want to beat the virus," adding that in order to be effective, the hammer "must be large enough." Below follows a list of rules put in place by the Dutch government with effect from 10 p.m. on Wednesday, which will be assessed after two weeks with the likelihood they remain for four weeks in total.

Sports and Working Out for Adults, 18 and Over

Sports and Working Out for Minors, Under 18