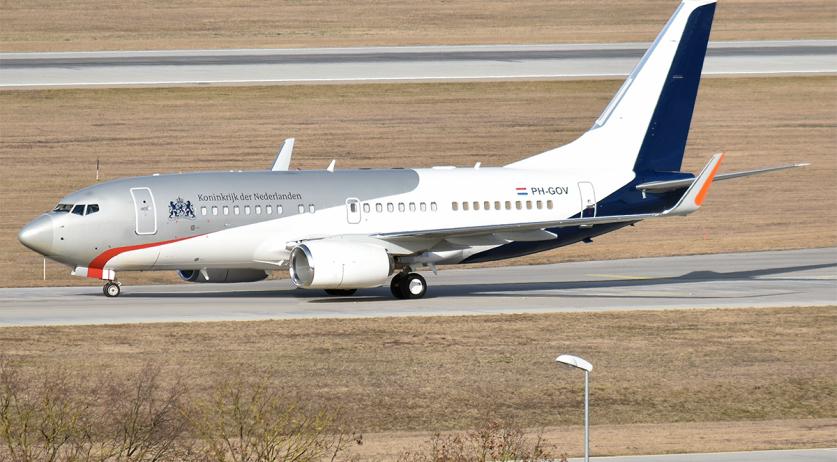 Several pointed questions about the vacation plans of the Dutch royal family took Health Minister Hugo de Jonge by surprise during the Cabinet's regular weekly press conference on Friday. Even though the Netherlands was in its second day of a partial lockdown, aviation journalist Menno Swart said on Twitter he confirmed that King Willem-Alexander and his family boarded the government's Boeing 737 at Schiphol Airport, which departed for Athens at 2:05 p.m.

As the country's Deputy Prime Minister, De Jonge was standing in for Prime Minister Mark Rutte when a Telegraaf reporter asked if the King was leaving on vacation. Neither De Jonge nor government communications office director Freek Manche said they knew of the King's whereabouts.

"You just said that you do not think it is wise to cross the border. It would be a strange sight if the King does leave the country, wouldn't it?" asked Telegraaf political reporter Wouter de Winther.

On Friday, Foreign Minister Stef Blok and Justice Minister Ferdinands Grapperhaus both said they would not take a holiday at the moment considering the country has entered a partial lockdown. "Everyone should stay at home as much as possible," Grapperhaus said. De Jonge said the same thing days earlier during the press conference which introduced the latest coronavirus restrictions.

The royal family's villa in Greece is in the Peloponnese region, which was under a Code Yellow advisory on Friday, meaning travel is permitted. "It may all fall within the coronavirus rules, but you have to ask yourself whether you should do this," said NOS political reporter Ron Fresen.

"It is strange that at a time when we have to be in partial lockdown for four weeks, that you then take the plane to Greece," said Sander Paulus, a reporter for RTL Nieuws.

"It sends a strange signal to the people who would also enjoy something fun. He wants to connect. He is not doing that with this."

Opposition parties GroenLinks and SP have asked for clarification, saying the situation was unusual at best. "The government is asking people to stay at home as much as possible and to refrain from all kinds of things they have been looking forward to," said GroenLinks leader Jesse Klaver, according to NOS.

"It does not help if there are reports that the royal family is taking the plane to Greece."

Ladies and Gentlemen, this is your captain speaking 👨‍✈️ Fasten your seat belts! 💺 It looks like your King is about to land in Athens.
He and his family will be spending a wonderful week in a luxurious villa near Kranidi 🇬🇷🟡🔆👑 @hugodejonge #regeringsvliegtuig #phgov pic.twitter.com/liQ5K32kDt