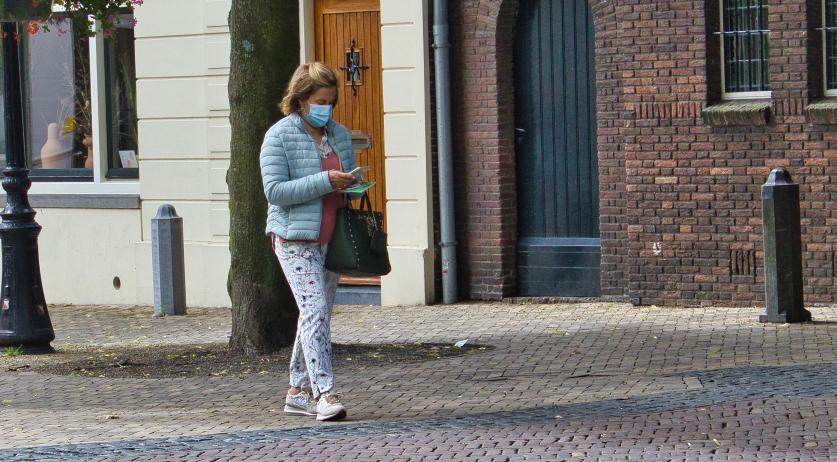 Should the persistent rise in new coronavirus infections continue, the Netherlands may need to introduce stricter measures to combat the spread of the SARS-CoV-2 coronavirus, said Ernst Kuipers, head of the Dutch acute care providers network. Kuipers would not hazard a guess as to what those new restrictions could be, according to newswire ANP.

For the week ending September 27, the Netherlands averaged 2,551 daily new infections, prompting the Dutch government to roll out new social restrictions. Seven days later, the average number of infections rose to 3,471, a 36 percent increase, and for the first time all 25 security regions in the Netherlands surpassed a high-alert level set by the national government for per capita infections.

The total number of Covid-19 patients being treated in Dutch hospitals rose by over ten percent on Monday to 892, the most since May 27. In intensive care, there were 177 patients with the coronavirus disease, an increase of 14 compared to Sunday. Outside of the ICU, there were 68 more patients bringing that total to 715, according to patient coordination office LCPS.

Compared to a week ago, the admitted patient total was 35 percent higher, including a 25 percent bump in intensive care cases. Kuipers said he expected the Netherlands to eclipse a thousand admitted Covid-19 patients within about a week. Kuipers said this on Monday after two days of sharp rises in Dutch hospital figures.

He did not say the situation was urgent or dire, but noted that Covid-19 patients outside of the ICU were taking up about seven percent of all hospital beds in the country. “Now we are trying to continue [non-Covid]treatments as much as possible. That seven percent is therefore on top of normal work,” he said.

Since the end of February, the intensive care system has treated 3,403 residents of the Netherlands for Covid-19, including 2,115 people who were eventually released from the hospital. Some 928 died while admitted to an ICU, according to figures from nonprofit organization NICE.

As of 3 p.m. on Monday, public health agency RIVM had not released a new set of daily statistics, normally distributed around 2:15 p.m. A technical error was the reason behind the delay, according to broadcaster NOS.