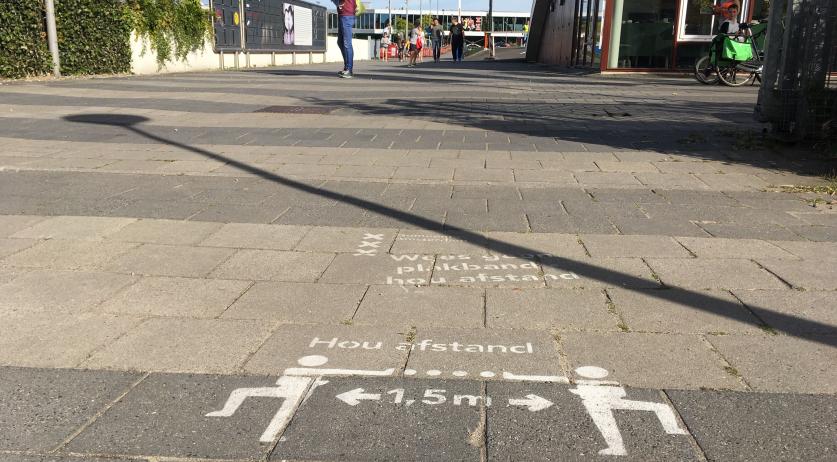 Regional measures will do little to prevent a second coronavirus wave, now that the situation is worrying in more than half of the Netherlands, various experts said to newspaper AD. National intervention is needed.

Last week Friday, six security regions were already moved to Level 2. With eight more added, the situation is "worrisome" in 14 of the Netherlands' 25 security regions. The regions still on Level 1 are spread over the country - the provinces of Zeeland, Drenthe, Friesland and Overijssel, and parts of Gelderland, Noord-Holland and Noord-Brabant.

"The virus is spreading from the Randstad like an oil slick," epidemiologist Hans Heseterbeek of Utrecht University said to AD. "You can't solve that with regional measures. People travel a lot from one region to another. You see too much mixing for regional measures to be effective."

According to him, a drastic change in citizens' behavior is the only thing that can prevent a second lockdown. "If we stick to the ground rules, we will prevent the government from having to intervene extra. So keep your distance, avoid crowds and large gatherings, do not go to work if you have symptoms, and so on. Wearing masks in busy public spaces where keeping your distance is difficult could also be part of this.

Bart Berden, director of the Elisabeth Tweesteden Hospital in Tilburg, also thinks national measures are the only way to turn the tide. "It's going so fast now. How useful is it to take a regional approach when you see that regions are growing closer in terms of contamination figures. In addition, there is currently a shortage in testing capacity. It is therefore difficult to determine exactly where you stand as a region," he said to the newspaper.

The Tilburg hospital is not in a region that is set to move to Level 2. "But we are already taking over patients from the Randstad as a result of the spreading policy," Berden said. "As a result, more beds are occupied. Then it is not logical that the measures in our own region are more flexible than in the rest of the Netherlands. After all, that could lead to additional influx, while part of our capacity is already occupied."

The number of coronavirus infections in the Netherlands is increasing alarmingly. Public health institute RIVM reported 2,364 new infections on Wednesday. Last week a total of 13,471 people tested positive for Covid-19, an increase of 62 percent compared to the week before.