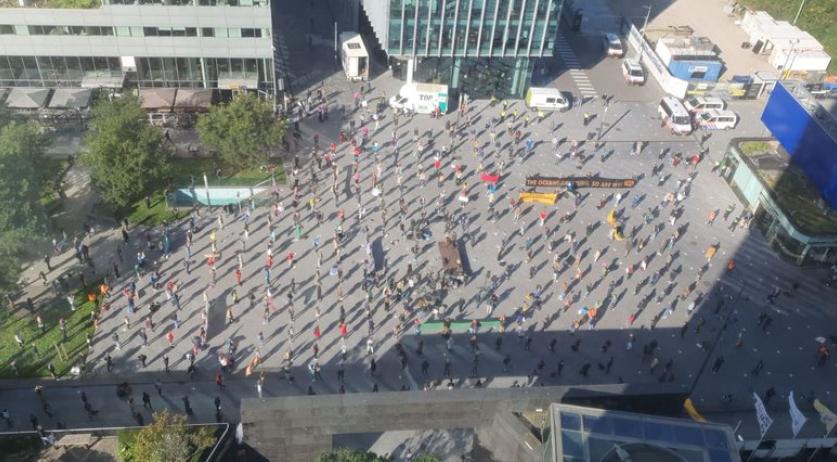 Action group Extinction Rebellion announced a number of climate demonstrations in Amsterdam over this weekend. The city decided to allow most of these protests, with some strict requirements. No blockades will be allowed, and participants must maintain social distancing.

The climate activists announced that they wanted to protest on Zuidas on Friday morning, including a road blockade on the corner of Beethovenstraat and De Boelelaan, and planned actions on Museumplein from Friday to Sunday.

Mayor Femke Halsema, also head of the Amsterdam-Amstelland security region, decided to ban the road blockade. The demonstrations on Museumplein will be allowed from Friday to Sunday, but only for four hours a day, and as long as participants maintain social distancing. On Friday and Sunday, Extinction Rebellion demonstrations may last no later than 7:30 p.m. And Saturday's demonstration must end at 2:00 p.m., to make room for another, previously announced demonstration.

Demonstrators will not be allowed to spend the night on the Museumplein. And Extinction Rebellion itself is responsible for making sure everyone stays 1.5 meters apart and that public order is maintained, the city said.

Extinction Rebellion responded on Twitter that their actions will continue as planned. "Mayor Halsema announced that civil disobedience is disobedient. Thank you Captain Obvious. Our actions will of course continue. Because the climate crisis is not waiting for politicians."

In October last year, Extinction Rebellion also protested in Amsterdam, with hundreds of climate activists occupying Stadhouderskade at the Rijksmuseum for a day.