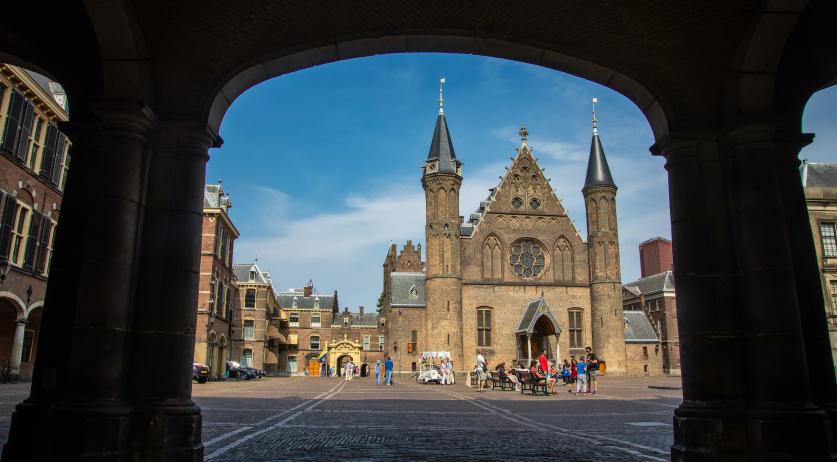 Nearly half of Dutch people believe Minister Ferd Grapperhaus should resign after he was caught on camera violating the Cabinet’s social distancing policy at his own wedding reception. As head of the Ministry of Justice and Security Ministry, Grapperhaus oversees the police and prosecutors tasked with enforcing the rule of law.

About 66 percent of people surveyed said Grapperhaus is not credible on the subject anymore, and 47 percent think he should resign, according to the weekly survey from political pollster Maurice de Hond. Some 35 percent of his own CDA party think Grapperhaus has lost his credibility on the issue, with 39 percent of those backing the other Christian party in the coalition, CU. A majority of people voting for all other parties believe the minister is not  trustworthy on the issue, with over 90 percent of those supporting both far-right nationalist parties speaking out against him.

Grapperhaus and his wife decided against holding a large party, and instead celebrated with a smaller group of people. Despite this, maintaining a social distance was frequently ignored, with guests gathering for a group photo, and the minister seen shaking hands with celebrants, and with his arm around his new mother-in-law.

The Minister gave an emotional apology to the Tweede Kamer, the lower house of Dutch Parliament, and apologized to ministry staff. He also said he gave donations to the Red Cross on behalf of him and his wife for the amount they would have been fined had authorities addressed the situation when it took place. He has kept the support of Prime Minister Mark Rutte, and said if he had a chance to do it again, he would have married his wife in a simple ceremony with no guests.

Adding fuel to the fire were two events in which he gave remarks to the press referring to chronic social distance violators and some of those protesting against the rules as being anti-social.

The result of the political debate on the matter led to questions about the 390 euros in fines adults can receive for violating social distancing rules, and whether or not such a violation should appear on an offender’s criminal record, as Grapperhaus demonstrated how easily and unexpectedly one can drop their guard when it comes to distancing. About 42 percent of people surveyed said they want the fine to be reduced to 90 euros, 17 percent said people should only receive a warning with no fine, and 21 percent want to see the rule done away with altogether. The remaining 20 percent still support the high fine.

A huge majority, 91 percent, said those fined should not get a black mark on their criminal record. Just six percent of people said they were in support of the measure.

De Hond said the debate has also impacted popularity of the CDA party. If the election were held this weekend, the CDA would come away with 13 of 150 seats in the Tweede Kamer, one fewer than in last week’s survey, and a loss of six seats compared to the party’s performance in the last election. That coincided with a rise in support for the CU.

The Labour Party (PvdA) and GroenLinks also saw a drop in support compared to last week, but the PvdA could still expect to take five more seats than in the last election while the Greens would lose three.

Mark Rutte’s VVD gained one seat in this week’s survey, for a net loss of one seat since the last election, and the nationalist PVV party also gained one this week, for a net gain of four. All other parties remained flat for the week.