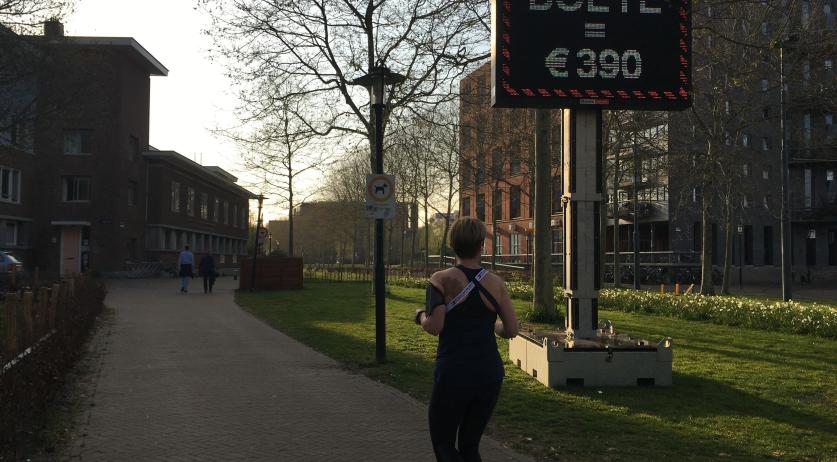 The City of Amsterdam will more strictly monitor bars, cafes, and restaurants for their adherence to rules meant to slow the spread of the SARS-CoV-2 novel coronavirus. The city will take action faster where violations are found, said Mayor Femke Halsema at a press conference on Tuesday. She also spoke out about residents not keeping a safe physical distance away from each other, and on the closure of the Bijenkorf in the city center over a coronavirus cluster there.

"I am issuing a warning to our residents: Be careful. We cannot afford to have to close the catering industry again," Halsema said. The first line of defense is the catering industry itself, she stated. Businesses who do not adhere to the rules will get one warning only. "Then we will close it," she added.

The city also released a statement saying the regional security office was considering several restrictions on bars and restaurants, including mandatory early closing times. Other restrictions on the public could include imposing mandatory quarantines on a case by case basis, creating more zones where face masks, and putting a limit of 30 people on groups in public.

Amsterdam was contending with a rapid increase in infections, with over 1,400 linked to the capital in the past two weeks. "We are not in a crisis, but we are worried," Halsema stated. "The contamination risk, in combination with the densely populated city, are cause for concern," she added.

The mayor of the largest city in the Netherlands said that her administration will remain in close contact with the Dutch Cabinet on the developing situation. She said that with the introduction of regional monitoring of the coronavirus crisis, the regional security offices can take action. In addition to her duties as mayor, Halsema also serves as the chair of the Amsterdam-Amstelland Security Office.

A letter from that office to Amsterdam's City Council also stated that people from outside the city should not visit Amsterdam except for necessary visits only. Cutting down on tourism from abroad, and day trips from within the Netherlands, will play an important role in reducing new coronavirus infections, the security office said.

De Bijenkorf closed for up to two weeks over coronavirus infections

Just before the new rules for Amsterdam were announced, the regional security office announced that the Bijenkorf department store on Dam Square would close from Wednesday for up to 14 days due to a recent spate of coronavirus infections. Those infected include several employees working in various departments and on different floors who were present at the store between August 4 and August 18.

"Anyone who was recently at the Bijenkorf in Amsterdam and has health complaints is urgently advised to get tested," the Amsterdam-Amstelland Security Office said in a statement.

"I think it is incredibly sad that the Bijenkorf had to be closed, but given the figures we had no choice," Halsema said at the press conference. "The risk turned out to be too great, because there was a demonstrable source of contamination." The shutdown order may be lifted if measures are taken to prevent the spread of the viral infection.

People must keep their distance

She also stressed the importance of getting tested for a coronavirus infection when health symptoms arise, and keeping at least 1.5 meters away from others. At the same time, she noted that, "It is impossible to put police on every street corner. People are responsible themselves, but I am here to warn people to keep their distance, because that is not happening enough."

Since coronavirus infections started rising in the Netherlands again, Amsterdam and Rotterdam emerged as the country's Covid-19 hotspots. After meeting with the security regions on Monday, Minister Hugo de Jonge of Public Health warned that Amsterdam in particular would be facing new measures against the spread of the virus. "We have to tighten the reins a bit there," he said.

Amsterdam already took a number of measures to try and prevent SARS-CoV-2 spreading like wildfire in the city. Early this month, the city made it mandatory to wear face masks in a number of crowded public areas. A strip club and a number of bars were also closed temporarily after Covid-19 outbreaks were tracked back to them.

As news of the rising infections continued, three schools in the Amsterdam area also announced that they would enforce their own stricter face mask rules. The Amsterdam Lyceum high school, and secondary schools in Amstelveen and Haarlem said that they would tell students and staff to wear masks in the hallways and other parts of school buildings, but not necessarily in classrooms, according to the Parool