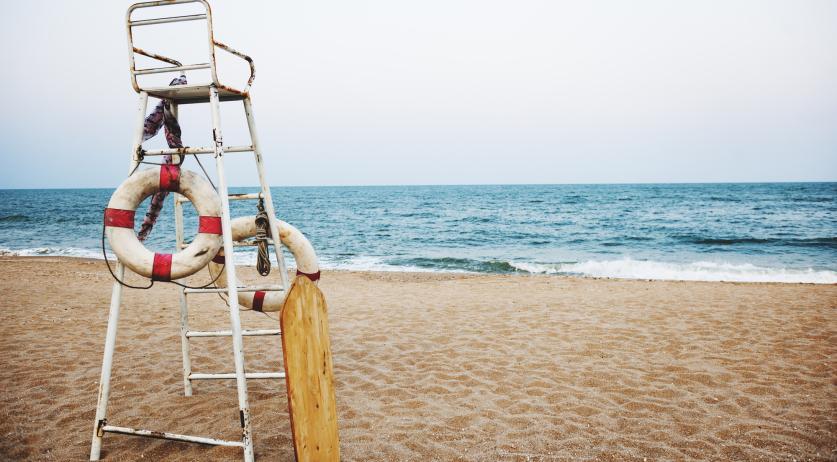 The Rescue Brigade wants a  better warning system to warn swimmers about dangerous situations along the coast. The Dutch beaches were crowded during the past hot week, and it appeared that swimmers often didn't realize that a warning flag had been hoisted, or didn't know what the flag means, Rescue Brigade director Koen Breedveld said to NOS.

"I understand that people are completely focused on finding that one beautiful spot on the beach to spread the towel and take a cooling dip," Breedveld said. "But the sea is not a swimming pool. You are dealing with currents and sudden depth."

On Sunday, four swimmers drowned after running into problems with the strong currents. That shows that the current warning system along the coast is not enough. "On a busy day, such as this past Sunday, we see that people don't bother looking at the flags. They also don't understand where the flags hang or what they mean, Bredveld said."

The Rescue Brigade therefore wants to develop a better warning and information system, with the help of the security regions and the governments. "Actually, you'd like surveillance everywhere along the coast. But we can't be everywhere."