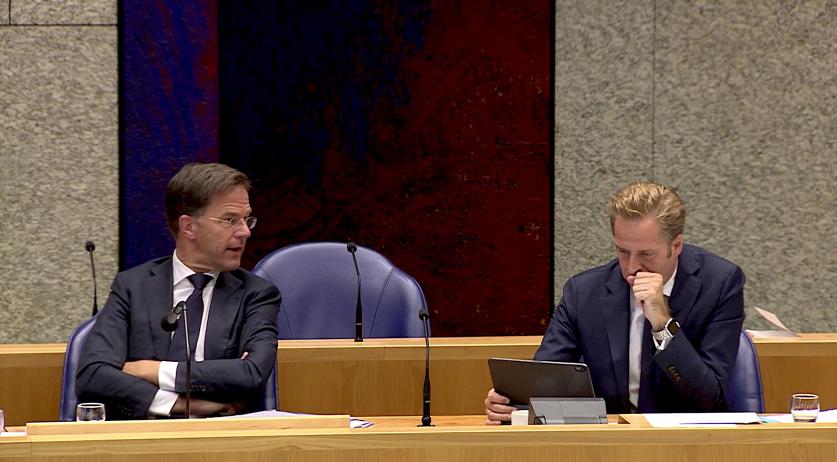 Opposition parties in parliament criticized the government's policy in tackling the looming second wave of the coronavirus during a parliamentary debate on the matter on Wednesday. There was even some criticism from the coalition, with D66 leader Rob Jetten calling the government's plan for forced quarantine "panicky", according to NOS' live blog on the debate.

The fact that the parliamentarians saw the need to cut their summer recess short in order to debate the situation around the Covid-19 pandemic in itself indicates concerns about the government's approach.

PvdA leader Lodewijk Asscher started the debate with strong criticism. "You cannot say on Thursday: we are going to scale up source and contact research and that Friday it turns out that the GGDs in Rotterdam and Amsterdam cannot cope with it," the PvdA leader said. He also criticized the government's plans for mandatory quarantine for people who had contact with Covid-19 patients or are returning from hotspots, which Public Health Minister Hugo de Jonge announced on Tuesday. If people are forced to quarantine, they must also be compensated for lost income or with a shopping service, he said. "We can no longer afford laxness, waiting and chaos, the cabinet has to get to work."

D66 leader Rob Jetten was also critical of the forced quarantine plan, somewhat surprisingly as the D66 is in the ruling coalition. "The cabinet must seduce people instead of threatening them with the judge," he said, calling the step "panicky".

PVV leader Geert Wilders also criticized the plan for mandatory quarantine, which according to him will result in people who are not sick being forced to stay at home. Wilders also accused the government of underestimating the role that aerosols play in the spread of the coronavirus. Jaap van Dissel of the RIVM told parliament on Tuesday that there is no evidence of these tiny droplets playing a major role in the spread of the virus. Wilders called this attitude "unwise and irresponsible".

GroenLinks leader Jesse Klaver called on the government to take extra steps to "avoid a second lockdown at any cost". Testing and source and contact tracing need to be scaled up, he said. He accused the cabinet of being too quiet over the past weeks, and using young people as a scapegoat. "We should not divide society by saying it is there fault," Klaver said.

SP leader Lilian Marijnissen raised concerns about healthcare workers not being ready for a second Covid wave. She called for better pay for these essential workers and making sure they have enough personal protective equipment to keep them safe.

VVD parliamentarian Hayke Veldman was worried about source and contact tracing. He called it "incomprehensible and irresponsible" that this vital part of the government's plan to curb the spread of the epidemic is faltering. He suggested that the Red Cross may be able to assist the GGDs where the health services are struggling to cope. "It requires immediate action. I want a guarantee from the Minister that he will take care of it."

CDA parliamentarian Joba van den Berg is not against mandatory quarantine. She wants to go even further and introduce an obligation to get tested. "If you come from a risk area, it must be compulsory to get tested," she said. The cabinet must also be more clear in its communication. "Clearly explain the reason for the measures, but also refute incorrect information, for example." Enforcement also needs to be stepped up. "It makes no sense if new regional measures are devised, while the national measures are not enforced."