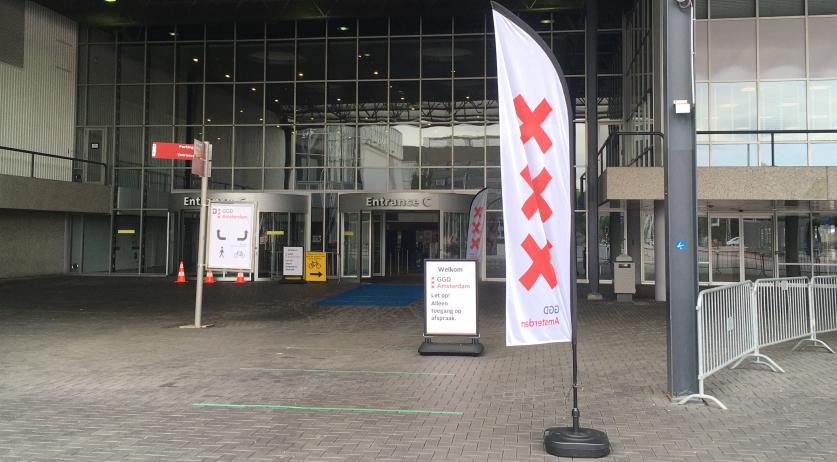 The number of Netherlands residents who tested positive for the coronavirus after returning from vacation nearly doubled in the past week, Jaap van Dissel, director of infectious disease control at public health institute RIVM, said in a briefing on the state of affairs around the coronavirus crisis in parliament on Tuesday. "Last week it was 208 reports, now 408 people indicated that they had traveled," Van Dissel said, according to NOS and NU.nl's live blogs on the briefing.

Figures showed that many infections are still taking place within immediate families - the source of 60 percent of new cases were traced back to the patients' own home. 16 percent were traced back to other family gatherings. There are currently 333 active Covid-19 clusters in the country, ranging from 3 people to 43 infected people per cluster. About 200 clusters were in the family environment. 54 were in the workplace.

Source and contact tracing, in which the GGD health services trace and contact all the people a newly diagnosed Covid-19 patient had close contact with to warn them that they might be infected, went well until last week, Van Dissel said. Though he added that he heard GGDs describe the process as "mopping with the tap open". GGD Amsterdam has since scaled down its source and contact tracing, due to capacity problems, and is now only calling people who tested positive. The employees at GGD Amsterdam are overworked and exhausted.

Van Dissel said that while the number of infections is increasing, the number of hospital admissions is lagging behind. According to him, this is partly because the people getting infected now are younger than in the first wave, which means they have fewer underlying health issues and are less likely to need hospital care. Hospital admissions will spike when this group of young patients transmit the virus to their parents and grandparents, he said.

A number of parliamentarians asked Van Dissel about ventilation, and Covid-19 spreading through aerosols, given secondary schools' concerns of becoming clusters when they reopen from next week with full classrooms and no social distancing. Van Dissel again said that there is no conclusive evidence that aerosols play an important role in the spread of the coronavirus. He added that "ventilation is important", but as long as a building complies with the existing ventilation standards, it should be fine for minimizing the chance of transmission, he said.

When pressed on the matter of schools by PvdA leader Lodewik Asscher, Van Dissel said that many important measures have already been taken to prevent infection at schools, such as pupils having to keep their distance from teachers and teachers from each other. "In addition, our advice states that the ventilation must be in order."

PvdT MP Henk Krol also pressed Van Dissel on this issue, asking for any tips to ventilate a room. Van Dissel repeated that buildings that adhere to the building regulations should be fine. But he added. "Don't make your living room a gym, check how often a room needs to be refreshed." He also reiterated that recirculating air in rooms is a bad idea. "That would go hand in hand with environmental objectives, but is less compatible with Covid-19."