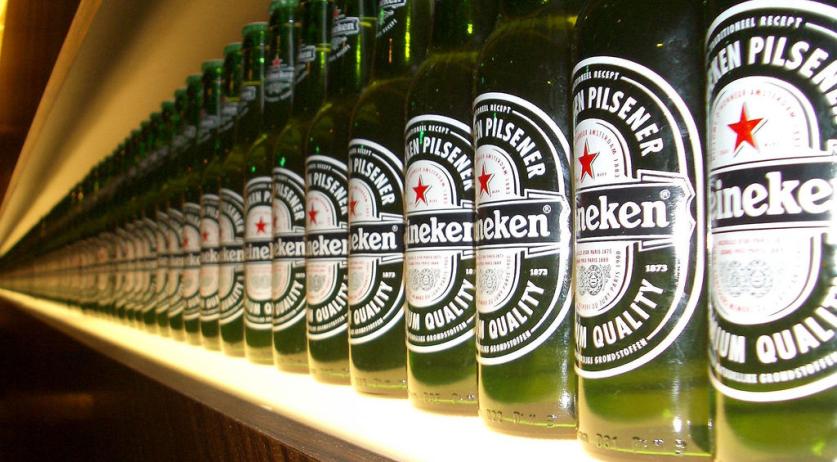 Heineken recorded a loss of 300 million euros in the first half of this year, due to the coronavirus pandemic. The beer brewer's net profit decreased by 75 percent, according to a preliminary estimate Heineken published on Thursday. The full quarterly figures will follow on August 3, the Telegraaf reports.

The coronavirus was hard on the Dutch beer giant. Bars and cafes worldwide were closed down, and beer that did sell, sold at a lower price on average. Beer volumes fell by 11.5 percent, and the company's turnover by 16.4 percent.

Heineken was hardest hit in North and South America, Africa, the Middle East, and Eastern Europe in terms of declining beer volumes. A large part of this was public life coming to a complete halt in large markets like Mexico and South Africa. The South African government completely banned alcohol sale for five weeks when it first went into lockdown in March, and recently reintroduced that ban.

In order to weather the crisis, Heineken took measures to reduce costs in the first half of 2020. It cut expenditure on digitization and marketing, among other things. The cost cutting measures are still in progress, Heineken said, but did not provide details. The company did say that it doesn't have a reorganization planned for this year.

Despite the "short-term challenges", Heineken remains positive about the future. Since its lowest point in April, when catering closures and other measures to contain the virus were in full force, Heineken has already noticed some recovery. The markets in Asia are picking up again, with major beer country Vietnam leading the way.