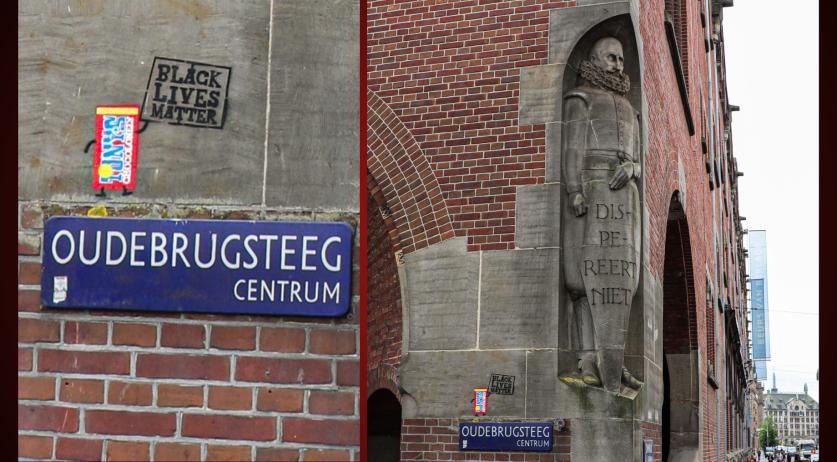 Henk Jan Beltman, director of chocolate brand Tony's Chocolonely, was arrested for vandalism on Thursday morning. A mural of a Tony's Chocolonely chocolate bar holding a sign reading 'Black Lives Matter' was spray painted on the Beurs van Berlage building in Amsterdam, near a statue of Jan Pieterzoon Coen.

There's a Tony's Chocolonely superstore in the Buers of Berlage building. The statue of Jan Pieterzoon Coen is near the entrance. The Tony's Chocolonely team find that inappropriate. "We don't think the statue should go away, but that people should know who this man was," Tecla Schaeffer of Tony's Chocolonely said to NL Times. "We wanted to make clear that he is a controversial man."

"At Tony's Chocolonely we believe that we should treat each other with respect," Beltman said to Het Parool shortly after his release from custody. "Jan Pieterzon Coen was one of the largest slave traders in our history, which must be indicated with such a statue. We cannot rewrite history and I am normally not fond of graffiti, but with this action I hope to keep the social debate going." The little mural was painted on the building at around 7:00 a.m., with the help of a graffiti artist that Beltman will not name, he said.

"We stand for equality and we see that there is a lot of inequality in the world and the [Black Lives Matter] demonstrations emphasize that," Schaeffer said to NL Times, adding that the chocolate company also made a statement at the protests. "This is a social statement, which has now been removed by the Beurs van Berlage, which is also a social statement."

According to Schaeffer, Beltman discussed the action with some of the staff beforehand. "Fortunately, Mr. Beltman is free again, which was a bit stressful. He took all the blame on himself as director of the company."

The Beurs will not be pressing charges at this stage. "Because they want to talk to us," Schaeffer said.

Since the start of this new wave of the Black Lives Matter movement, triggered by the fatal arrest of George Floyd in the United States, multiple statues of controversial figures around the world have been vandalized. In Rotterdam last week, a group of activists left graffiti on the statues of Piet Hein and Pim Fortuyn and on the Witte de With art center