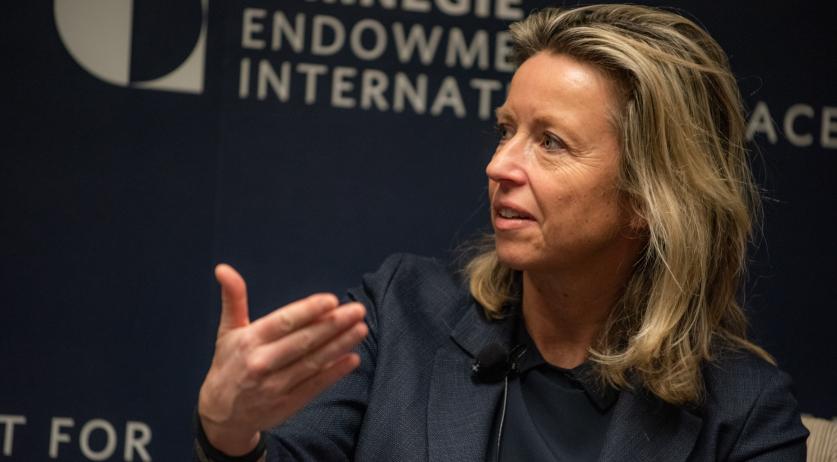 Minister goes public about six-month health ordeal: 'I had to drag myself'

Kajsa Ollongren, Minister of the Interior and Kingdom Relations and Deputy Prime Minister, has spoken publicly about the illness that kept her out of politics for six months, describing for the first time the difficulty she experienced in her day-to-day. Ollongren, from the centrist D66 party, explained in an interview with newspaper AD how she became unwell starting around September of last year and the visits with her ear, nose and throat doctor that followed.

"I had forehead and sinus infections. But every time I got sick, it took longer to recover. My ENT doctor said last year, the only way to get rid of this is surgery," she said. After going through surgery, Ollongren found it very difficult to get back to work. "I had to drag myself: it just worked out under willpower, but that was about it," she said.

“Instead of getting better and better, I started to feel worse. I thought that was strange. The ENT doctor wanted other things to be investigated. He started doing blood tests and found something," continued Ollongren.

After visiting multiple specialists, her condition was finally understood and the diagnosis was given at around Christmas. "The adrenal gland was not working properly, so I did not make enough cortisol for my immune system," Ollongren explained.

Over the course of the next months, Ollongren kept herself away from work in order to rest and recover. She said it was especially difficult to keep delaying her return even as the country was entering a full-blown crisis due to the global pandemic.

In her stead, her portfolio for national security responsibilities went to Defense Minister Ank Bijleveld, her housing files to State Secretary of Infrastructure Stientje van Veldhoven, her portfolio on domestic issues to her number two at the Interior Ministry, Raymond Knops, and her deputy prime minister role went to Wouter Koolmees, the country's social affairs minister.

Ollongren was finally strong enough to make her return in April, after nearly six months of being bedridden. A month later, she was reappointed by King Willem-Alexander to her old position, including her deputy premiership. She said she found herself warmly received by her colleagues in The Hague. "It was really heartwarming [to be back]. At such a time, The Hague is a very human organization. I have received an incredible amount of statements of support, tickets, flowers and gifts," she said.

"I also learned something else about how important work is to me. I am not a complete person without a job. That makes me quite unhappy. So I'm very happy to be back at work."