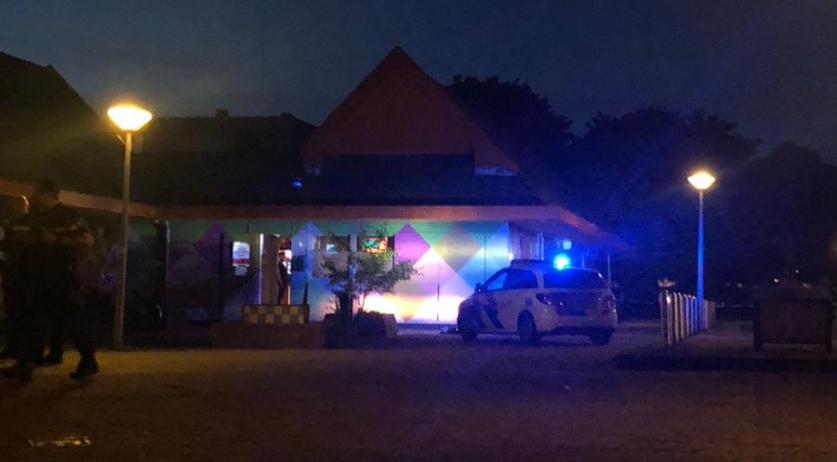 Reports of gunfire were repeatedly called in to Rotterdam police between 9:55 and 10:00 p.m. When police officers arrived they found the victim lying on the Bergselaan at the intersection with Ackersdijkstraat.

The 25-year-old man died at the scene. “It happened about thirty meters from my door,” said one witness, local VVD party chair Vincent Karremans to broadcaster Rijnmond. “I went outside and saw someone lying lifeless on the street.”

Police said it was a miracle more people were not hurt in the shooting, according to broadcaster NOS, with witnesses saying they heard what sounded like automatic gunfire.

Karremans said he heard about fifteen shots fired very quickly. “It was really bizarre. You think maybe it was fireworks, because they were really loud bangs.”

No arrests were made right away. A burnt out car was found a short distance away under the Spaansebrug, which could be the escape vehicle.

A police spokesperson told ANP Radio that it was possibly a retaliatory killing in the criminal underworld, but that it was too early in the investigation to say with any certainty if that was the case.

In a separate incident, a 21-year-old man was also shot outside an Amsterdam-Noord coffeeshop on Saturday. Nobody was arrested in the shooting despite a heavy police presence quickly after the shooting took place.

The victim was taken to an area hospital, where his condition was stabilized. Police asked for witnesses to come forward with any information that might help them in the investigation.

Just before midnight on Sunday, one bullet was fired at a home on Dalsteindreef in Amsterdam Zuidoost. There were no injuries.