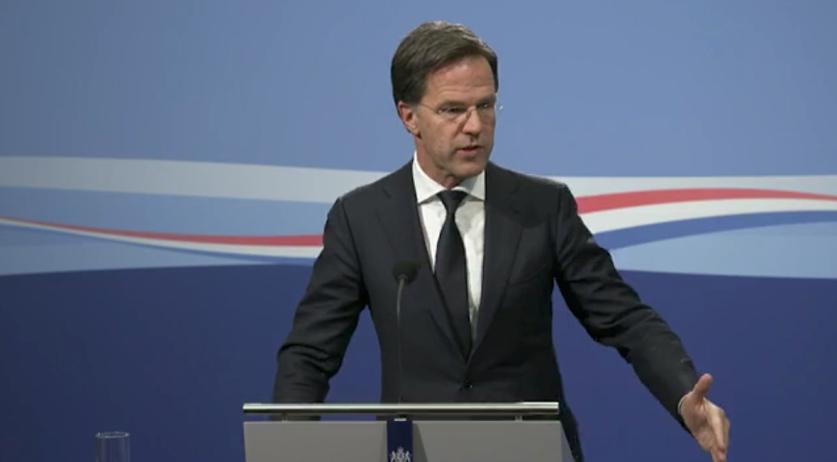 With reporting by Byron Mühlberg​ and Janene Pieters.

The Dutch government announced plans to begin reopening the Netherlands, starting on May 11 with the opening of some close contact professions, and the gradual easing of restrictions will follow throughout the summer. If all goes well, by September 1 the government hopes to begin allowing events with large audiences, including festivals, concerts, and professional football matches, but that will be decided at a later date.

Football, contact sports, and indoor sports associations will be allowed to schedule matches without an audience in September, and fitness centers, saunas, sports club canteens, and casinos may all be able to begin again from September 1. The government also said sex workers would likely be allowed to start work again in September, and confirmed earlier reports that masks would be required on public transportation.

The plans were announced by Dutch Prime Minister Mark Rutte and Health Minister Hugo de Jonge during a press conference on Wednesday. The press conference followed a meeting of the Cabinet's Outbreak Management Team (OMT), which was set to advise the government on the state of the pandemic in the Netherlands, and the measures in place to slow the spread of the virus.

In order to get to that point, more access to testing will be needed. According to De Jonge, any person showing symptoms of Covid-19 will be able to request a test for coronavirus from June 1, directing people to the government website to find out more. If found to be positive, patients will then be required to wait out in home quarantine for a period of two weeks, during which time the regional branch of health service GGD will investigate with which people the patient had been having contact.

"It feel like it was much longer, but it was just two months ago that I held the first coronavirus press conference," Rutte said. Less than a week after Dutch Prime Minister Mark Rutte praised Spanish Prime Minister Pedro Sanchez for his staged approach to relaxing the strict measures around the coronavirus, Rutte said for the Netherlands, "This is the beginning of a new phase. The beginning of the 1.5-meter society."

"We can only unlock the Netherlands if everyone behaves sensibly," Rutte said. "We must continue to do this together, with 17 million people. We are together responsible for [the efforts] to not prove hollow. In fact, these phases require even more responsibility and cooperation."

This will not be over until there is a vaccine, De Jonge said. Until then, "Always stay at home if you have complications. No exceptions, no excuses, and no getting around it."

Two members of the OMT told broadcaster NOS that no recommendations were given to the Cabinet with regard to what happens after June 1. It did not provide advice on hotly discussed issues, including cafe terraces, restaurants, secondary schools, movie theaters, museums, and events.

"The figures show that there is room to take these steps carefully. However, this will take some time, but we can now get out of the lockdown step by step," Rutte said.

Starting on May 11, aside from the limited opening of primary schools, daycare facilities, and some sports activities, many of the country's close-contact professions will begin their businesses again. It includes hairdressers, beauticians, and other external care providers, alternative medicine practitioners, and health and welfare professions, like masseuses, dietitians, and occupational therapists.

The businesses will begin under the guidance that they maintain a 1.5 meter distance whenever possible, and that all work is conducted by appointment where the practitioner and client discuss health risks in advance. The news that hair dressers could reopen led many to express their eagerness at the prospect, with industry association ANKO stating that the possibility of being able to resume work gave "good signals" to the industry.

For the initial period, masks will not be required on public transportation, a rule which changes on June 1.

As more restrictions are eased, people will be required to wear non-medical face masks on public transportation starting in June. This is because the Cabinet believes public transit will get busier, making it impossible to maintain a safe physical distance, and thus masks will be required. Fines can be issued to anyone who violates the rule.

"We are not going to provide the masks. You will have to arrange that yourself. You can make your own, of course you can also buy them yourself," Rutte said. To try and prevent crowds from forming, thee will continue to be a reduction in the number of people allowed in public transit vehicles

Restaurants and bars will be allowed to reopen their terraces from June 1 for the first time since March 15. "Cinemas, restaurants and cafes, and cultural institutions (such as concert halls and theaters) will be allowed to open, subject to conditions: a maximum of 30 people (including staff) and 1.5 meters distance," the government said in a statement. Visitors will have to make reservations, and discuss health risks in advance with staff. Museums and monuments will also be allowed to reopen if people buy tickets in advance.

The catering industry was not very enthusiastic about the government measures leading up to the announcement. According to Dirk Beljaarts, director of the Dutch hospitality association KHN, while the move is welcomed, allowing only terraces to reopen would not bring in enough revenue to sustain their businesses, and that June 1 is too far away to save many restaurants, cafes and other catering businesses.

"It is nice that there is now some perspective, but the vast majority of the catering industry has no terrace, or not one worth mentioning," Beljaarts told NU.nl, lamenting that "with a distance of 1.5 meters, so the capacity is also reduced."

Leaked rumors about the easing of rules also suggested that restrictions on sport and recreational activities would be loosened, with reports emerging that the government was considering allowing non-contact sports to restart from June 1. Such sports would include tennis, target sports (such as archery and darts), running and golf. The OMT called the risks associated with playing non-contact sports "manageable" on the condition everyone involved adheres to the 1.5 meter social distancing rules.

Secondary vocational education is expected to begin again in mid-June, the government said. This is to allow the students in MBO education tracts to take their exams and work on their practical coursework.

There was no announcement about higher education in-person classes beginning again.

Should the situation continue to improve, the government is hopeful that groups of 100 people will be allowed at cinemas, cafes, cultural institutions, and restaurants. Meetings and events would also be permitted to open their doors to up to 100 people wishing to attend church services, funerals, weddings, and other organized small events.

"If the virus remains under control, the communal toilets and showers at the campsites and holiday parks will reopen on July 1," the government said.

From September, paid professional sports could begin again, as well as all contact sports and indoor sports regardless of the participants' ages. However, there was no guarantee that audiences would be allowed to be present for these matches.

"Events with a large audience, such as festivals and large concerts, will be decided on before September 1," the government said.

Other businesses and professionals that will be allowed to restart in September, if the spread of the virus stays under control, includes fitness clubs, saunas and wellness centers, club canteens, casinos, coffeeshops and sex workers.

The way forward: Be especially mindful of those most vulnerable

The so-called 'intelligent lockdown' in the Netherlands has already been partly relaxed, with children and teenagers being allowed to play sports again and primary schools and childcare institutions being partially reopened from Monday. However, along with the new loosening of restrictions set to come into force in the weeks ahead, the government foresees that there will be increased transmission of Covid-19 as a result of more people being out and about.

In anticipation of this, the RIVM laid out in detail on Tuesday the groups of people it considers to be most vulnerable, who they advise to stay home under almost all circumstances as the economy begins to reopen.

"Some people are more likely than others to become seriously ill if they are infected with the new coronavirus," the public health agency said on Tuesday, pointing out that people over 70 years of age and adults over 18 with underlying conditions should be particularly careful.