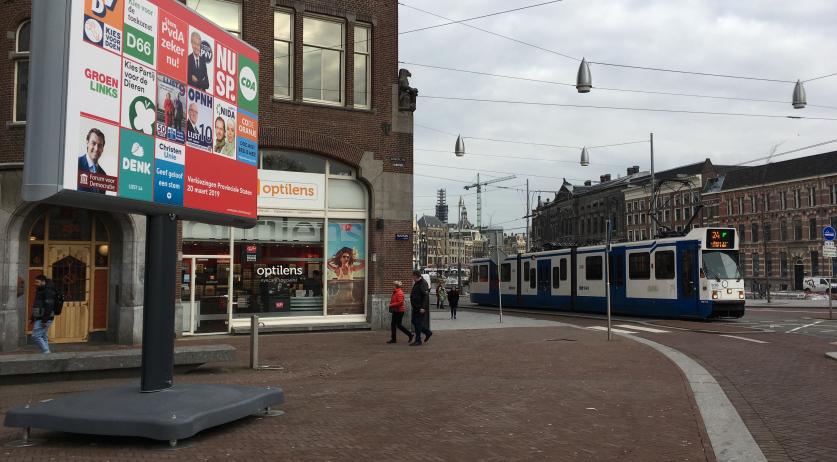 Dutch far right wing nationalist party Forum for Democracy (FvD) polled at its lowest point since autumn 2017 after a week of revelations about extremist, racist, and anti-Semitic material shared in WhatsApp groups linked to the party. According to political pollster Maurice de Hond, the party would take ten seats if elections were held today.

While the party took two seats out of the 150 up for grabs in parliamentary elections in March 2017, it surged in popularity in the years that followed. By May 2018, the party was popular enough where it could have taken 16 seats in total. Its party surged up to 28 seats in April 2019, briefly making it the most popular party in the country shortly after provincial elections were held.

That popularity began to wane after party leader Thierry Baudet's victory speech, where he was accused of portraying academics, artists and journalists as "the enemy of the people." Shortly after, he was condemned by nearly every other major political party for an essay he wrote in English where he tried to draw a connection between the emancipation of women and the "demographic decline of Europe."

Later in 2019, he was accused of spreading conspiracy theories about the crash of Malaysia Airlines flight MH17 and the ensuing investigation. Baudet's popularity continued to falter through the end of the summer after the expulsion of Henk Otten on allegations of fraud, prompting an exodus of some prominent party members.

The FvD started to rebound in the polls in the fourth quarter of 2019, but as the coronavirus pandemic began to grip the Netherlands, confidence in the nationalist party plummeted further. That continued last week, when a report surfaced about extremism within the party's younger ranks.

Baudet's party expelled three members of its youth wing (JFvD) and suspended three others in connection with comments made in a group on messaging platform WhatsApp expressing strong sympathy toward fascistic and anti-Semitic viewpoints.

The decision was made during an investigation into the matter by the board of the FvD, prompted when screenshots emerged on Wednesday of radical right-wing sentiment expressed by JFvD members in WhatsApp groups. Concern was raised by anonymous members of the JFvD in a letter sent to the youth party board, later obtained by the opinion magazine HP/De Tijd.

"The board categorizes some of the expressions of young people there as completely unacceptable," the FvD said in a statement on Friday.​

"The authors of the messages have been given the opportunity to defend themselves wherever possible. As a result, it was decided to terminate the membership of three members. In addition, three members shall be suspended. A number of the authors turned out to be non-members," said the FvD.

In a separate development, Chilion Snoek, FvD party MP for the province of Overijssel, announced his resignation on Friday, citing concerns around the "radicalizing path" of the party.

According to Snoek, alleged anti-Semitism growing in the ranks of the FvD led him to his decision. "The fact that the FvD party board dismisses such expressions with an appeal to freedom of expression has made me decide that the time has come for our ways to separate now," he wrote in his letter of resignation, according to newspaper De Volkskrant.

Snoek decided to join the new group led by Otten.