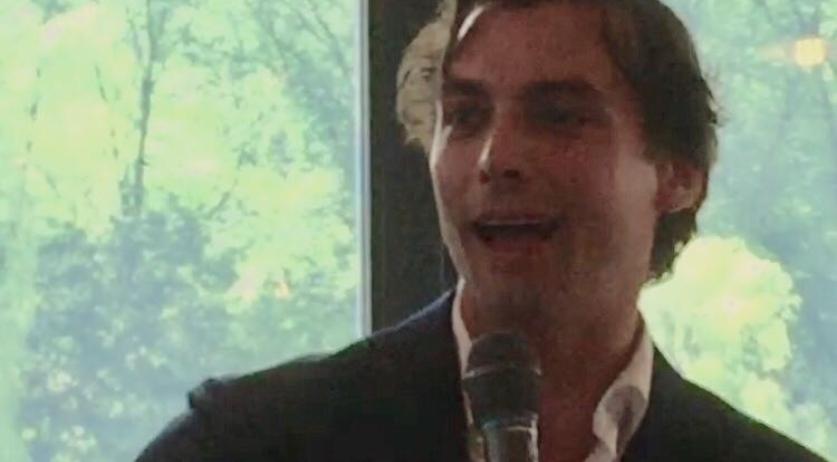 Minister Ingrid van Engelshoven of Education and a number of parliamentarians reacted in outrage to an essay written by FvD leader Thierry Baudet on the works of French writer Michel Houellebeck. In the essay, Baudet talks about what he considers the negative aspects of female emancipation and individualism, also discussing abortion and euthanasia.

The essay, published in an American magazine on Monday, is largely critical of liberalism and socialism with the objective of liberating the individual. According to Baudet, there is too much focus on individual rights and that eclipses all other priorities and connections.

"Over time, all such institutions that the individual requires to fully actualize a meaningful existence - such as a family and a connection to generations past and future, a nation, a tradition, perhaps a church - will weaken and disappear. Today, even new life (in the womb) may be extinguished to avoid disturbing the individual's freedom. In he Netherlands (where I live), suicide is facilitated to ensure that here, too, no constraints - such as the duty to care for your parents - are placed on the individual", Baudet wrote.

He also wrote about the emancipation of women. "The 'liberated' status of women is usually celebrated as one of the great triumphs of late-liberal society. Today women, from an early age, are encouraged to pursue a career and be financially independent. Hey are expected to reject the traditional role of supporting a husband and strive instead for an 'equal' relationship in which 'gender roles' are interchangeable."

"But how has this really been working out for them. What happens when they hit thirty? If hey continue to work full hours, building a family becomes extremely difficult, if not impossible." According to Baudet, working leaves women with not enough time to build a family and maintain a committed relationship. "An inevitable result of all this is the demographic decline of Europe. Another outcome is constant conflict, constant competition - and in the end, fighting, divorce, and social isolation - and a new generation of boys and girls growing up in such disfigured settings."

These statements did not sit well with the progressive parties in the Tweede Kamer, the lower house of Dutch parliament, and Minister Ingrid van Engelshoven of Emancipation.

The Minister said she is "appalled" by Baudet's "stupid" statements. "I continue to fight for women's financial independence, so that they can always make their own choices in freedom", Van Engelshoven said, according to NU.nl.

SP leader Lilian Marijnissen wrote on Twitter: "It's high time that women question Baudet. Working women and abortion as the cause of Europe's decline? Cuckoo! Time for a debate Thierry Baudet?"

GroenLinks leader Jesse Klaver also expressed his indignation on Twitter. "For a young guy, Baudet has a sad old-fashioned outlook on women and men. And now half backtracking. Take responsibility for your right-wing nationalist bleating."

According to D66 leader Rob Jetten, this essay shows "the true nature" of Baudet. "That a party that allows itself to be advocated as liberal is so opposed to achievements. He does not stand for having right over your own body. He is much less liberal than he sometimes pretends."

"We are not going back in time Thierry", D66 MP Pia Dijkstra tweeted. GroenLinks MP Kathalijne Buitenweg: "Mama, how is it possible that we have to fight for women's rights again?" And VVD parliamentarian Dilan Yesilgoz: "Baudet questions equality between men and women. (...) We women endanger the entire continent of Europe. I don't really want to be equal to such a man."

"We celebrate equal rights for women and men in the Netherlands. That is progress", PvdA leader Lodewijk Asscher said on Twitter. "Equality is a problem for Baudet. It just distracts from the 'supporting task'." According to Asscher, Baudet's idea of women's rights is "the countertop".

Baudet himself does not understand the outrage. "I think it is a beautiful, balanced essay that reflects the thinking of one of the most important authors at the moment", he said to NOS. "Let people read the whole piece and first chew on it for a few days and think about it before being immediately outraged."