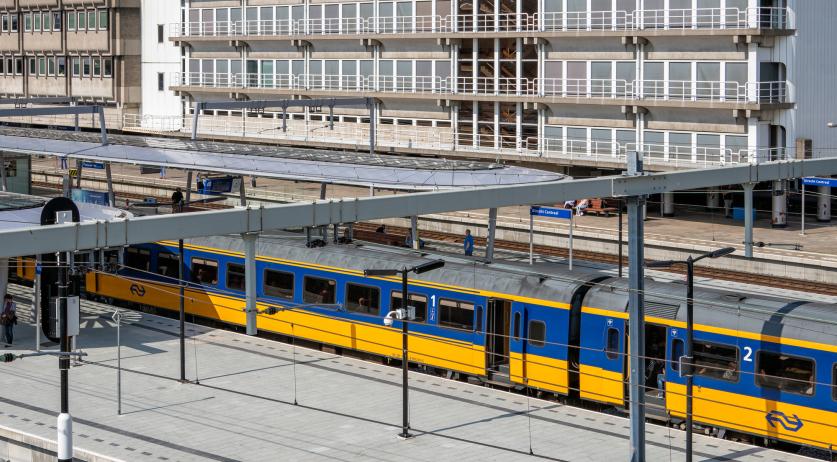 From Tuesday, NS is expanding its timetable to run more intercity trains. This is to give people who are traveling to work by public transport more space to stay 1.5 meters apart. It will also make travel time for longer distances shorter. Other public transport companies are also increasing their capacity in response, RTL Nieuws reports.

NS has been running a basic timetable, with two trains in each direction from each station, since March 21. Because the trains have to stop at each station, long-distance journeys took a lot longer than before the coronavirus crisis. Trains on some routes also became too crowded to maintain social distancing. NS hopes that running extra intercity trains will remedy both these problems.

As a result of this NS decision, public transit companies across the Netherlands are also scaling up their operations, Pedro Peters of OVNL, the umbrella organization for public transit in the Netherlands, said to the broadcaster. "It is one large network. If NS suddenly comes with an extra intercity in place A, this has consequences," he said.

Amsterdam transport company GVB will be running several trams more often and put subway 51 back in service. That means that four out of the five Amsterdam subway lines will be running again. GVB is preparing for primary schools reopening on May 11. Then many young people in Amsterdam will travel by public transit again.

Connexxion and Arriva are not yet running more trains, but both will deploy more buses if things get too crowded.