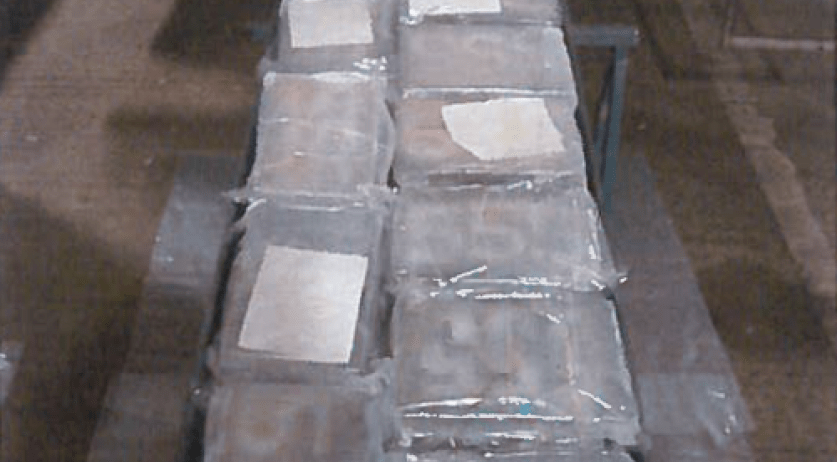 A 62-year-old Dutch truck driver was arrested in England this week, accused of trying to smuggle 140 kilograms of cocaine into the United Kingdom. Gerrit van E. was caught at the port of Dover after border officers discovered the drugs in a hidden compartment in the floor of the large goods vehicle he was driving.

Van E. had just arrived in the UK, carrying a shipment of paper and card stock, according to the National Crime Agency (NCA). The British officers estimated that the cocaine had a street value of about 14 million pounds. The UK Border Force also found another 50 kilograms of cocaine inside duffel bags hidden inside another truck, leading them to arrest two Czech nationals.

“These seizures demonstrate that the organized criminal networks involved in international drug trafficking continue to pose a threat to the UK, even with the restrictions brought about by the coronavirus pandemic,” said Martin Grace, Branch Commander for the National Crime Agency in Dover. “These two seizures have deprived those networks of a substantial amount of drugs and, crucially, a substantial amount of profit that would have been reinvested in more criminality.”

“This was a very successful day’s work for our officers who, between the two seizures, have taken a very substantial amount of drugs taken out of circulation,” said Dave Smith, a regional director for Border Force.

Van E., from Nieuwegein, Utrecht was remanded into custody during a hearing in Medway, England on Thursday. His next court appearance, in Canterbury, was scheduled for May 20.

The two Czech nationals were released from custody while the investigation into the smaller drug bust continues.