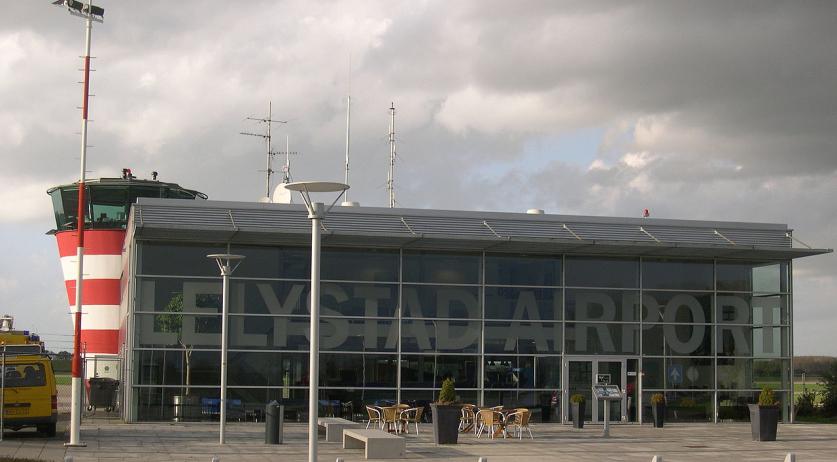 The opening of Lelystad Airport, intended to take over holiday flights from crowded Schiphol, has again been delayed, this time due to the coronavirus crisis. The planned opening at the end of this year is no longer feasible, Minister Cora van Nieuwenhuizen of Infrastructure said in a letter to parliament on Tuesday. The aim is now to open the airport in November 2021, she said, NU.nl reports.

"The corona crisis has major consequences for the aviation sector. Measures have been taken worldwide and the number of aircraft movements has decreased significantly," Van Nieuwenhuizen said. The airlines flying from Schiphol are now mainly focused on survival, and not expansion. This also means that there is currently no pressure at Schiphol, because so many planes are grounded.

In addition to the coronavirus, the Council of State declaring the government's nitrogen policy invalid also played a role in the delay. The cabinet made incorrect calculations about the impact Lelystad Airport would have on nitrogen deposition in the area, according to a report published on Tuesday. The environmental impact assessment committee and the RIVM concluded that there was"limited underestimation" with regard to the nitrogen emissions. Which means that nitrogen emissions will have to be cut elsewhere before the airport can open.

The government expects that the aviation sector will recover quickly after the coronavirus crisis. "The cabinet is making every effort to limit the economic downturn as much as possible and to create optimal preconditions for a rapid economic recovery after the corona crisis," the Minister said. Work will therefore continue in te coming months on preparing for the opening next year and getting the necessary nature permits.

This is the third time that Van Nieuwenhuizen has had to postpone the opening of Lelystad Airport, which was initially planned to be operational in April 2018. First there were problems with noise pollution, and then the nitrogen problem surfaced.