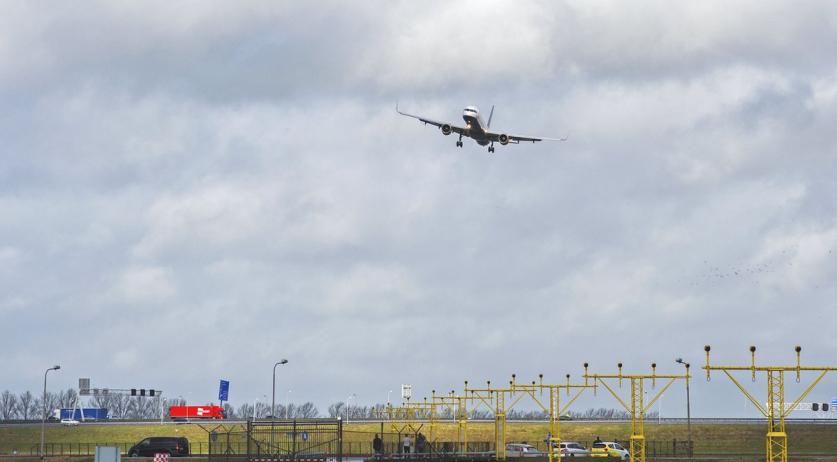 Only allow aviation to grow if nitrogen emissions decrease: committee

Aviation in the Netherlands can only be allowed to grow if the sector decreases its nitrogen emissions, a committee on nitrogen emissions led by Johan Remkes said in advice to the government about air travel. Remkes thinks it only fair that aviation, like other sectors, makes a balanced contribution to reducing emissions. If that doesn't happen, Schiphol can't grow any further and Lelystad Airport can't open for holiday flights, the committee said, NOS reports.

According to the Remkes committee, the share of the aviation sector in total nitrogen emissions is limited, but larger than previously thought. Until now, only the emissions of flights to and from Dutch airports up to an altitude of 3 thousand feet, or 914 meters, were considered. But according to Remkes, all nitrogen that ends up in the Netherlands due to aviation must be taken into account - including fights above the 3 thousand foot limit.

The committee sees ample opportunity for the sector to reduce emissions, including by switching to electric vehicles for taxiing or stimulating gliding flights to reduce fuel consumption and noise pollution.

The Remkes committee was established to advise the government on reducing nitrogen emissions. It will present its report on the aviation sector to the government on Wednesday, though the report already leaked to the press on Tuesday night. In September the committee already advised that the maximum speed limit on Dutch roads be reduced as quickly as possible. It's final report is expected in May, with advice for industry and shipping.

Minister Cora van Nieuwenhuizen of Infrastructure and Water Management told NOS that she will wait for the official report before responding to the advice. The coalition parties in parliament said the same.

Schiphol CEO Dick Benschop called the advice clear and concise. "With this workable advice, the committee is giving a clear assignment," he said in an initial response. The Schiphol Group already set the goal of operating in a climate-neutral manner by 2030, he said. The airport also wants to encourage airlines to use cleaner and quieter aircraft, and will renew its own fleet and focus on more sustainable fuels.

Opposition parties  GroenLinks, SP and PvdD are happy with the report. GroenLinks MP Suzanne Kroger called it "solid advice" and a clear signal that the Minister has to change course, according to NOS. "It's obvious that you must not open a new holiday airport. And growth is not an option for Schiphol."