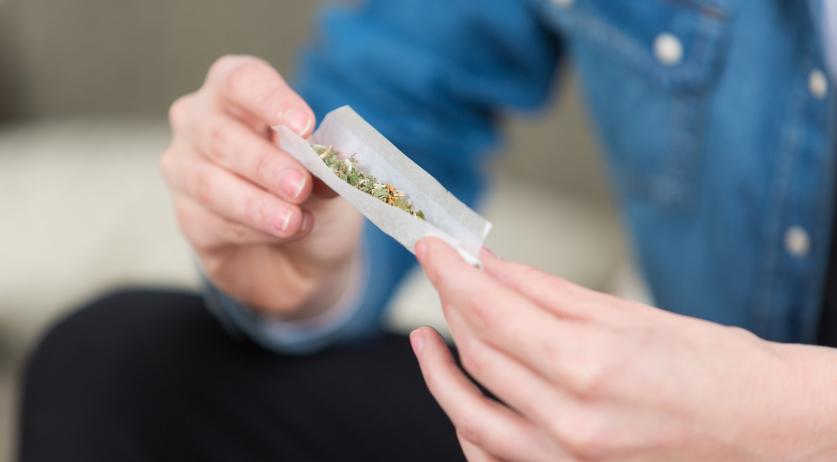 Arnhem schools concerned by cannabis use among pupils

Schools in Arnhem sounded the alarm about an increasing number of school children smoking cannabis during school time. "In some classes, 50 to 60 percent of the students [smoke joints]", Eelco van der Kruk of the Thomas  Kempis College in Arnhem said to the city council this week, speaking on behalf of multiple schools, Omroep Gelderland reports.

Primary schools are also starting to notice the problem. "Sometimes it involves children from group seven or eight," Paulien Toonen, a district manager for living environment, said, telling about a 13-year-old boy caught dealing this week. Youth worker Mohammed Zahti said that he gets the feeling that smoking a joint during break time has become almost normal.

The representatives of the schools, the police, healthcare, and neighborhood teams met with the city council of Arnhem this week to discuss drug use among teenagers, at the initiative of city councilors Steffenie Pape (VVD) and Sabine Andeweg (D66). Schools increasingly encounter drug dealing and -use at school, a number of Arnhem neighborhoods report problems related to drug use, they said. According to the councilors, the situation is coming to a point that "we are losing control".

The police called on schools and parents to report drug use and dealing by teenagers. "We often see that drug use is known at home and in schools, but is not reported." The police cannot intervene without reports.

All the parties involved agreed to work together to come up with a joint approach to this problem.

The Trimbos Institute could not tell NOS whether drug use at school is increasing at a national level. "The latest figures from 2017 show that 9 percent of young people between 12 and 16 years have ever used cannabis. That has not changed in the last three years," Jeroen Lammers of the Trimbos Institute said to the broadcaster. "We don't know where the young people use cannabis. So we don't have a clear picture of how much this happens at schools."

Lammers advised the schools in Arnhem to work together on this problem - make joint agreements on how to react if they catch a pupil using or dealing drugs, but also on information and prevention. Ask the police and addiction care institutions to help with this, he advised.