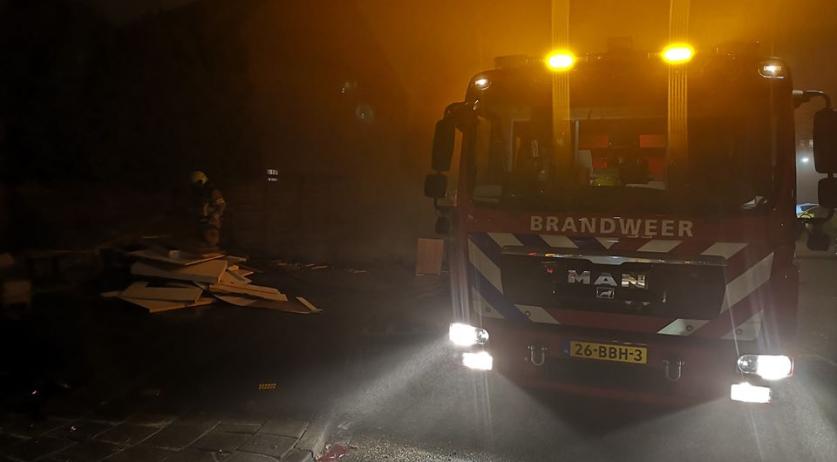 An Ede mortuary expressed anger and confusion on social media after a funeral procession it organized on New Year's Eve was pelted with exploding fireworks. The Gelderland city faced a string of disturbing New Year's incidents against aid workers, which the city's mayor, René Verhulst, said was "terrible and sickening."

The procession had just left the funeral home and was headed towards the cemetery with the funeral director walking in front of the hearse. It was right around noon when "young people shot fireworks at him and the hearse," the Van de Weerd mortuary said.

"You are terribly startled when you are walking there and they throw that at you," said Hans van de Weerd, the funeral director who was attacked. He said he walked over to them and asked them to show some respect and empathy for the surviving family members. The fireworks then stopped as the procession continued.

"Still, it sends shivers down your spine when you think about it," the mortuary said.

At least six times paramedics and firefighters were harassed by people throwing fireworks at them, police in Ede said. Overall, they had 40 fireworks nuisance reports during New Year's, 14 fires and nine arsons.

"The willful pelting of aid workers has nothing to do with fireworks and New Year's. It concerns boys of 13, 14, 15 years old," Verhulst told De Gelderlander. "I then wonder what the parents of these children think," he said.

"We are not only looking for the perpetrators but we also want to talk to the parents. I mean, if you are even attacking a tow truck, what are you doing?"

Ede is part of the Gelderland Midden emergency services region, which overall reported 97 fire related incidents over the New Year's period, five fewer than a year ago, according to fire department records released on Wednesday. Of the 18 cars sent on fire in the region, seven were torched in Ede, a regional spokesperson told De Gelderlander.