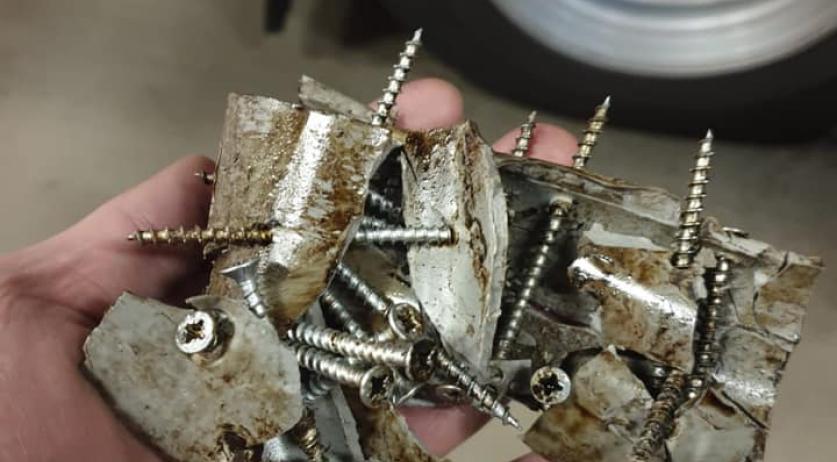 Following weeks of violence and rioting in The Hague, primarily in the Duindorp district, the driveway of a firehouse was booby trapped with several homemade caltrop spikes, a firefighter there said on social media. The spikes, in this case sharp screws drilled through chunks of metal, caused two flat tires Monday night, disabling a tanker truck used to provide firefighters with a steady stream of water.

A spokesperson for The Hague confirmed the incident to broadcaster NOS, but would not say where the firehouse was located. Some 19 people were arrested in The Hague on Monday night alone.

"For the people who did this: Indeed, your fire was not extinguished because the tanker truck cannot depart. Mission accomplished," said Michel Mebius, a fire department commander. "But remember that at the same time someone, for example your grandma or grandpa, could be in danger if fire breaks out in a house and this tanker does not arrive."

It also could have prevented an ambulance from treating people in distress, Mebius said. He hoped that by sharing this post, people would continue to raise awareness about the difficulty emergency workers face on New Year's Eve.

He echoed a sentiment shared earlier in the day by Erik Akerboom, the National Police Chief. "What should be a party, is actually the most dangerous evening of the year," he stated. Akerboom complained about the fatalities, hundreds of injuries, and millions of euros in damages caused by incidents during the holiday, not to mention violence against aid workers.

"Including through fireworks that are thrown at them," Akerboom said.

"I wish everyone a beautiful evening and I especially wish all my colleagues a very safe shift and always a beautiful and healthy new year," the firefighter said.

Mebius published his post around 11 a.m. on Tuesday. By 5 p.m. it had been shared over six thousand times.