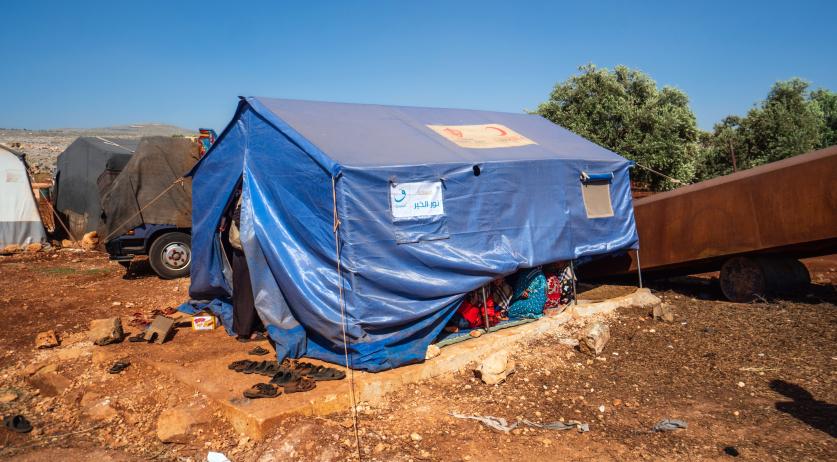 A child peaks out from under a tent wall at a refugee camp in Idlib, Syria. May 18, 2019 - Source: Photo: ikurucan/DepositPhotos at
Crime
Politics
Syria
ISIS
Dutch children
Iraq
André Seebregts
Supreme Court
Dutch State
Share this:

A group of Dutch women currently trapped in detention- and refugee camps in Syria are turning to the Supreme Court in a final attempt to force the Netherlands to help bring their children and themselves back to the country. In cassation, their lawyers hope to show that the court cannot force them to be abandoned to their fate in Syrian detention, AD reports.

This is the final step possible in the case filed on behalf of 23 Dutch women who went to join terrorist organization ISIS and their 56 children. The court initially ruled that the Netherlands should bring the children back, and if necessary their moms with them. Although the women have forfeited their right to state aid, their bad decisions should not stand in the way of their children's rights, the court ruled. The Netherlands must accept offered help, but does not have to endanger its own people to bring the women back.

On appeal, a second judge almost immediately overturned that ruling. The court cannot make decisions for politicians, the judge said, agreeing with the government's argument.

Their lawyers believe the women have a chance in cassation. They will dispute whether the Netherlands "reached a reasonable policy" when it comes to these children and their mothers, lawyer André Seebregts said to AD. "Children are standing on the brink of death, winter is coming again. President Assad is getting closer, which means that women and children are in danger of being tortured. A judge can intervene with a view on torture."