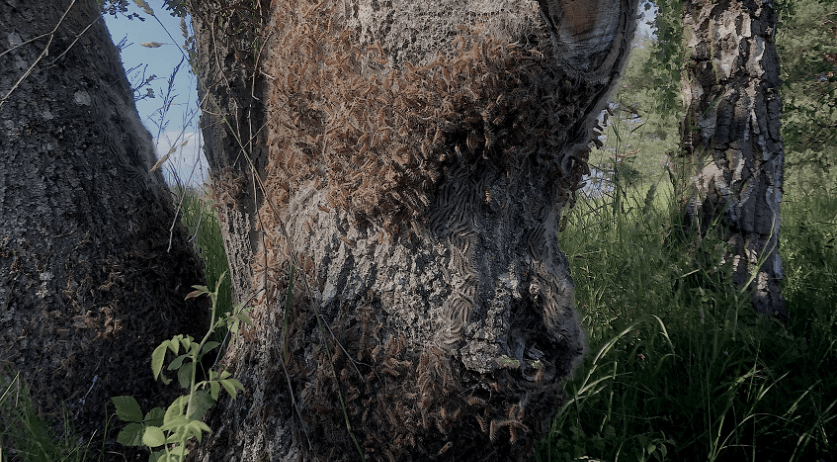 Dutch municipalities turning to nature in fight against poisonous caterpillars

Municipalities in the Netherlands are increasingly turning to natural methods in the fight against the oak processionary caterpillar. Municipalities are looking into promoting natural predators, bacteria based pesticides, and transforming their tree stock so they have less oak trees, NOS reports after surveying the Dutch municipalities.

Last summer the problems caused by this breed of poisonous caterpillars was three times larger than in previous years. Many thousands of people came into contact with these caterpillars' burning hair, leading to itching and around 100 serious eye problems.

Many municipalities only started fighting the oak processionary caterpillar after resident complaints came in. In most cases, the caterpillars were vacuumed up and destroyed in a waste incinerator.

Amersfoort dedicated four locations to experiment with such natural methods. Sint-Michielsgestel is encouraging residents to hang up nesting boxes by contributing 5 euros each. Amsterdam is planning to hang dozens of bird boxes in the Amsterdamse Bos. And Zaltbommel is providing the renovated Statdswallen with breeding boxes for tits. A total of 38 municipalities will promote the caterpillars' natural enemies.

Other municipalities are focusing on biological pesticides. Neder-Betuwe, for example, experimented with a preparation of bacteria this past summer - oaks treated with this bacteria had no caterpillars on them. Almost all caterpillars also disappeared in an experiment with nematodes that were applied in two cycles. Neder-Betuwe will also use these two methods in the coming years. Sittard-Geleen and a number of other Limburg municipalities also report successes with bacterial treatment. 60 municipalities will use biological pesticides the coming year. The disadvantage of this method is that it affects all types of caterpillars and butterflies.