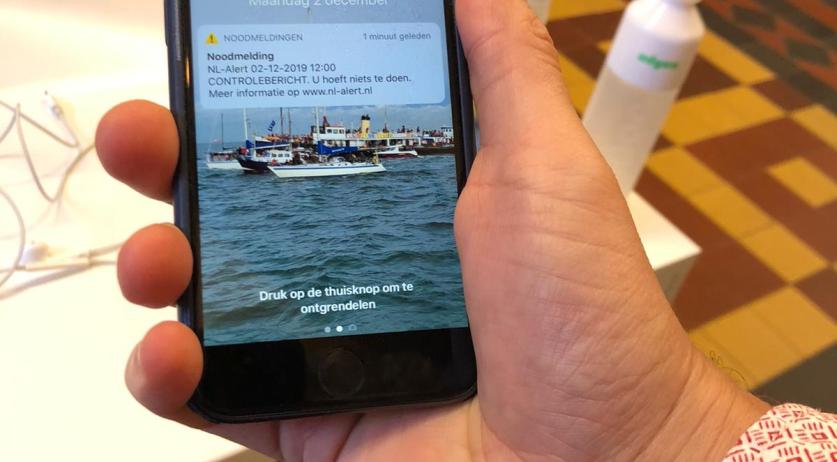 Around 12 million people in the Netherlands received an NL-Alert test message on their phones at noon on Monday. The message also appeared on hundreds of digital advertising signs, on public transit departure boards, and was accompanied by an air alarm.

The NL-Alert system is used by the government to inform the population about disasters and their area, and to give emergency instructions. The message is sent to cell phones in life threatening situtions.

The system is tested twice a year. The previous check was on Monday, June 3rd. Then around 11.7 millio people aged 12 and older received the test message.

If you received the test alert, it means that your phone is properly set up with the alert system, the government said. Smartphone owners who did not receive the alert may have had an empty battery or a lack of signal, or their phones were not configured correctly to work with the system. Users can check their phone settings to make sure they are capable of handling emergency notifications issued by the Dutch government, though some phone owners intentionally choose to turn alerts off because the warning system can negatively impact battery life.